TAMPA, Fla. - Gym owners across Florida are feeling the squeeze as they have not yet been allowed to re-open.

Tuesday is day two of Florida’s economic-reopening, but for Rich Pond of Crossfit Apogee in Apollo Beach, the clock hasn’t even started ticking.  Gyms and some other close-touch businesses were excluded from phase one, which means income is also still at zero.

“We're going to try and push through it but I don’t know what the future holds,” said Pond.

Pond has re-arranged his setup in hopes of keeping distance between members.  But until phase two starts -- and the governor has not yet said when that would be -- the only sweat here is from what tomorrow may or may not bring.

“We're in a tenuous place, not just here but everywhere,” Pond said.

Perhaps the clearest sign of that is the recent Chapter 11 bankruptcy filing of major-chain Gold’s Gym.

“This really put a burden on our industry, it really did,” said John Sanguinetti, owner of Tampa’s Powerhouse Gym Athletic Club. 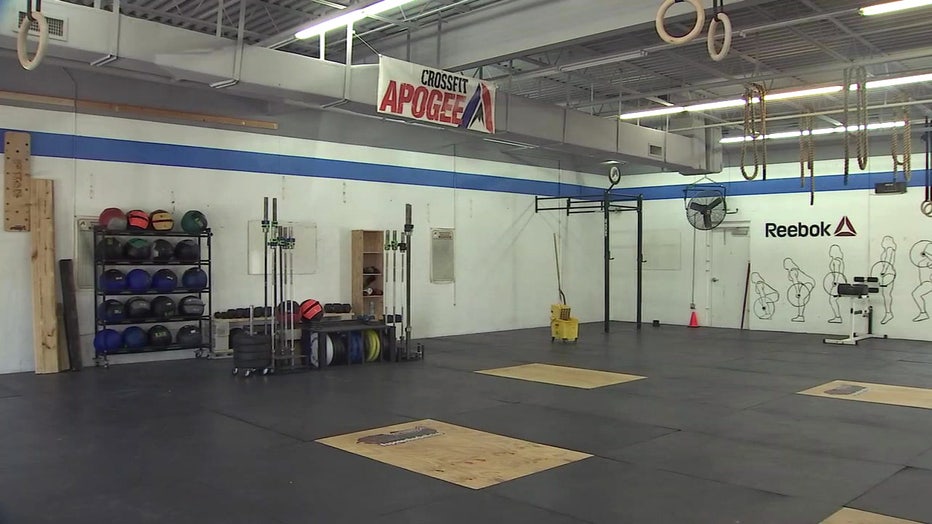 Sanguinetti is also eager to re-open, even if it’s only at 75% capacity to start.

“We’re going to do things that are going take the safety of our members and clients to the next level,” he pledged.

But until then, it’s a waiting game. And with every passing day, the lift gets heavier and heavier.