TAMPA, Fla. - Wednesday morning was a breath of fresh air as drier air poured in during the overnight hours, and settled in across the region.

It's been roughly 150 days since the last time temperatures in Tampa were in the 60s. It will be a nice, comfortable stretch through the first half of the weekend

"This is perfect. You've got dew points in the 50s…amazing, late September, end of September and we are sitting there in that," said FOX 13's meteorologist Dave Osterberg. "I think the front makes it down to about Naples or just south of Naples -- and then it stalls out. So, Miami and the Keys, forget it. They're not getting any dry air this go around."

Then, the humidity and showers will return by Sunday. 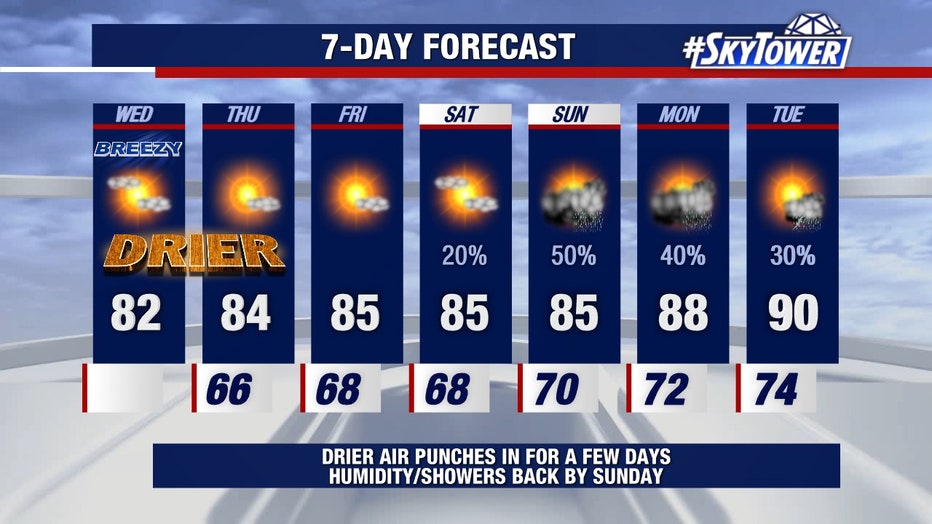 Before sunrise, temperatures were as low as 59 degrees in Crystal River and 74 in Lake Placid as the cold front continued to meander south.

The cool weather arrives just in time for the outdoor Lightning celebrations, which include a boat parade and fan rally at Raymond James Stadium.

"The humidity will return by the second half of the weekend but it's Wednesday," he said. "So, Wednesday, Thursday, Friday -- get out and enjoy this more refreshing air. Rain is out of the forecast now. Today, we're going to start with a little bit of cloud cover, and then get into some sunshine." 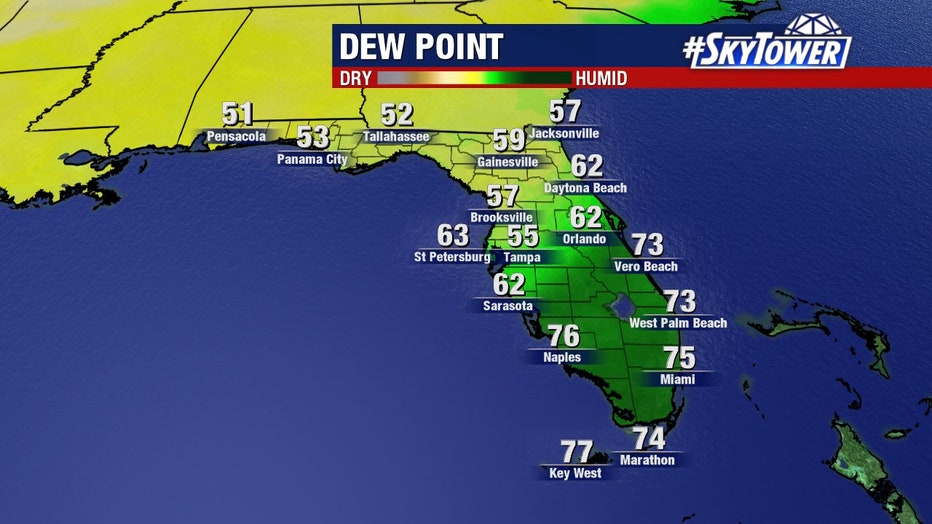