TAMPA, Fla. - A Hillsborough County inmate who was hailed a hero for rescuing deputies from being attacked by other inmates on two separate occasions is getting out of jail and into a treatment program.

On Thursday, Mary Jean was ready to take a plea deal and get out of jail. Her time behind bars earned her a broken hand and somewhat of a hero status.

It all started on June 7 when a female detention deputy at the Falkenberg jail was about to be the target of a sneak attack by a scheming inmate who was armed with a pillowcase and shank.

Jail surveillance video shows other inmates run over, including Jean, who jumped into action.

Her attorney Denitsa Kolev said, "She said she saw the deputy’s feet in the air, and she had to do what she could and there was a possibly a shank that she saw at the moment."

A Hillsborough County inmate lied when she said another inmate needed her help, investigators said, and ended up placing a pillowcase around her neck in an attempt to choke her.

They created a ruse, where inmate Colvin faked an illness to lure the deputy into the bathroom where Harvey would take over, assault the deputy and take her keys to escape the pod.

"She had no reason to do this, to jump in and save a deputy while she’s an inmate it shows she really is a good person," explained Kolev. 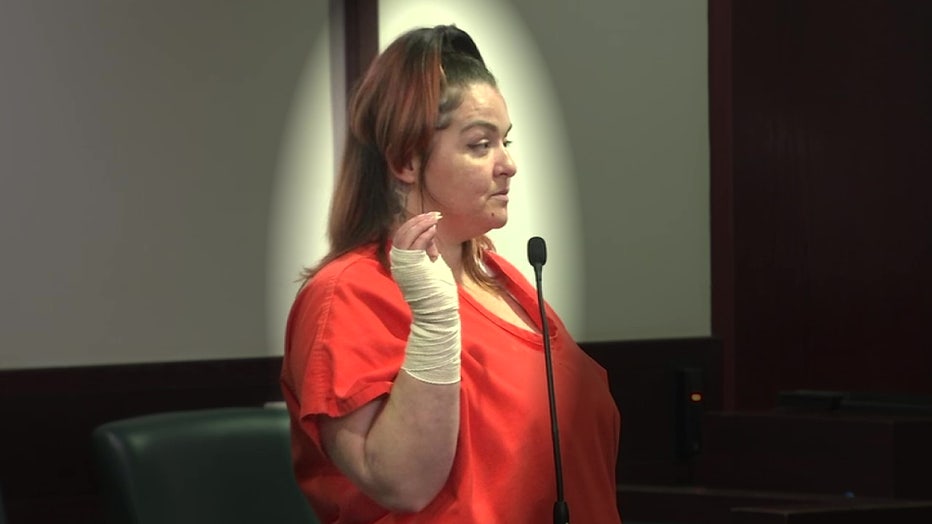 It wasn’t the first time Jean has come to the rescue of a detention deputy. She did it six months earlier. "She did jump in again with a different inmate who had attacked a deputy while she was on her computer," explained Kolev.

As for Jean, she pled guilty to drug charges and is now headed to a treatment program for a year that will be followed by probation.