ATM blown up in Westchase

TAMPA, Fla. - Deputies are investigating an ATM explosion that happened Sunday morning at a bank in the Westchase area.

About an hour and a half later, the ATM at the bank exploded, investigators said. However, the suspect was not able to gain access to the ATM's internal safe, so no money was taken. 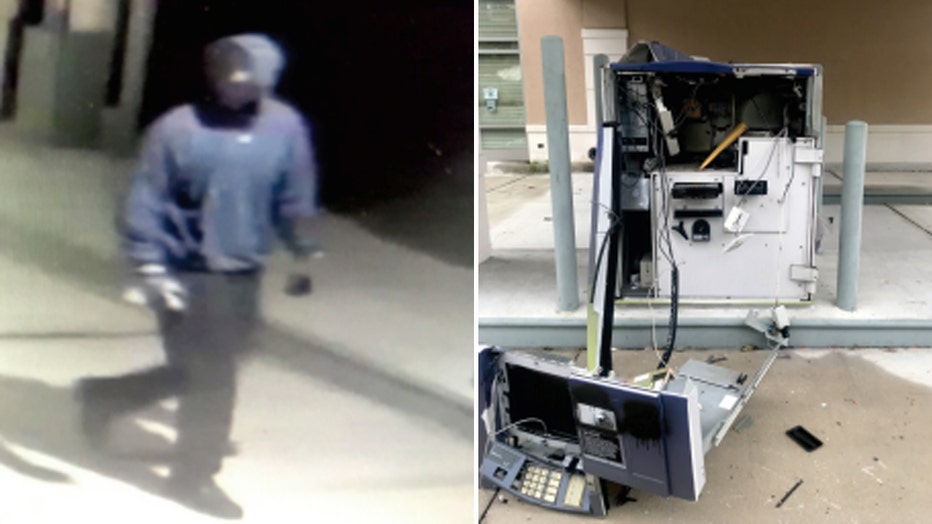 The incident is similar to one that occurred Nov. 4 at a BB&T Bank in Oldsmar. The Pinellas County Sheriff's Office is still investigating that incident.

The sheriff's office said the suspect was seen wearing black pants, black shoes, black gloves, a cloth mask that only revealed his eyes, and a dark blue sweatshirt with an unknown white symbol on the upper chest.