RIVERVIEW, Fla. - The Hillsborough County Sheriff's Office arrested and Baker Acted an elementary school principal after he allegedly sent sexually explicit messages to an undercover deputy who was pretending to be a 15-year-old boy online.

Parents of students at Warren Hope Dawson Elementary School say they were notified by Hillsborough County Public Schools that their child's principal had been arrested and faces charges related to soliciting a minor.

HCSO says McLaughlin interacted with the undercover detective for about 8 days before his arrest. The detective was pretending to be a 15-year-old boy while conducting an operation to identify people seeking to exploit children online.

Further description of the message content was not made available. 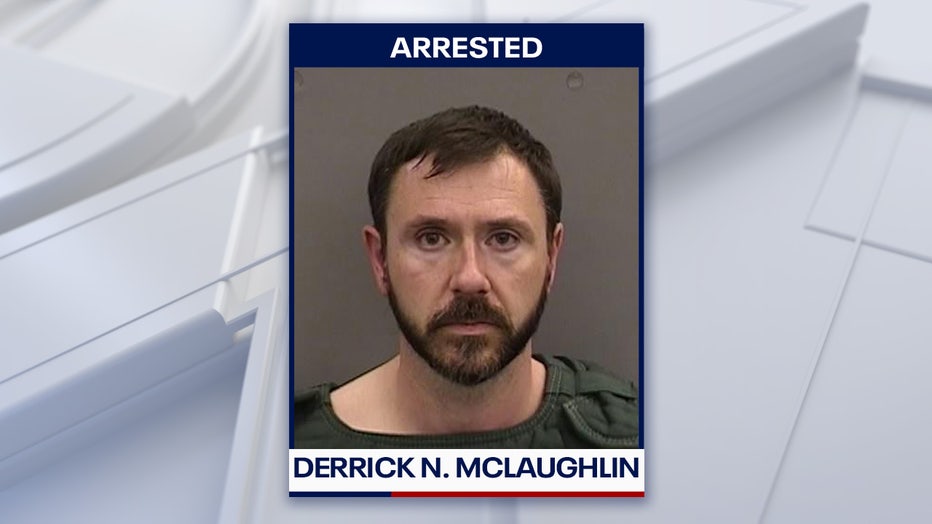 McLaughlin faces charges of transmission of harmful material to a minor, unlawful use of a two-way communications device, and use of computer services or devices to solicit certain illegal acts.

HCSO says McLaughlin made statements of self harm and has been placed under a Baker Act.

Sheriff Chad Chronister said, "It’s sickening that a trusted member of our community, a school principal, would take advantage of a child for his own self-gratification. Thankfully, it was not a child, but one of our detectives, who was on the receiving end of his obscene messages. No child should be subjected to the disturbing behavior put on display by McLaughlin."

"We are shocked and deeply troubled by the charges filed against Derrick McLaughlin," a school spokesperson said in a statement. "Our top priority is the safety and wellbeing of students and staff. Mr. McLaughlin is currently on administrative leave pending the outcome of the criminal investigation."