"It was like all of these fins and all of a sudden you would see a great big shark come underneath all the little ones and it was like ‘holy cow,’" she recalled.

There were hundreds of sharks: bonnethead, lemon and nurse sharks crowded into the canal. She recorded some video on her phone and called the experts, who said red tide is likely to blame.

"This is an unnatural thing. These sharks are not here through their own choice. They are there because they are seeking refuge from red tide which could kill them," said Dr. Bob Hueter, the chief scientist of Ocearch. 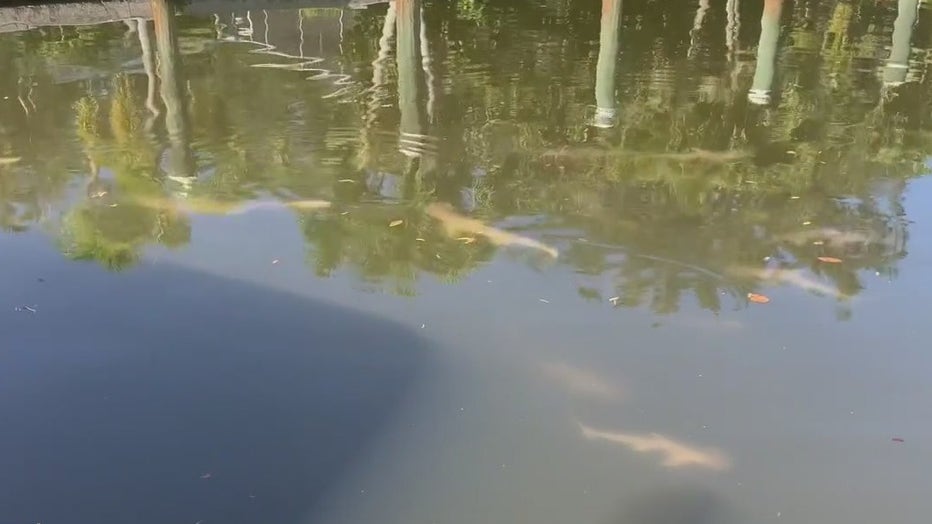 "Back in 1992, we saw this phenomenon occur in the Lower Tampa Bay near the Sunshine Skyway where an unbelievable grouping of sharks came in, six or seven species then came in and then dispersed," said Dr. Hueter.

He said air stones that bubble water into the canal at Buttonwood could be helping oxygen levels.

"They are possibly creating safe havens for sharks to ride out red tide," said Hueter.

"The reason why it’s concerning is if there’s not enough oxygen they will overexert themselves trying to get fresh water over their gills so they can exchange their CO2 for oxygen but with all those animals packed in that space oxygen is limiting," said Morris.

If red tide continues, Morris said the sharks could run out of time.

"If it goes long enough they will run out of food and energy and unfortunately some of them if not all of them will die," he said.