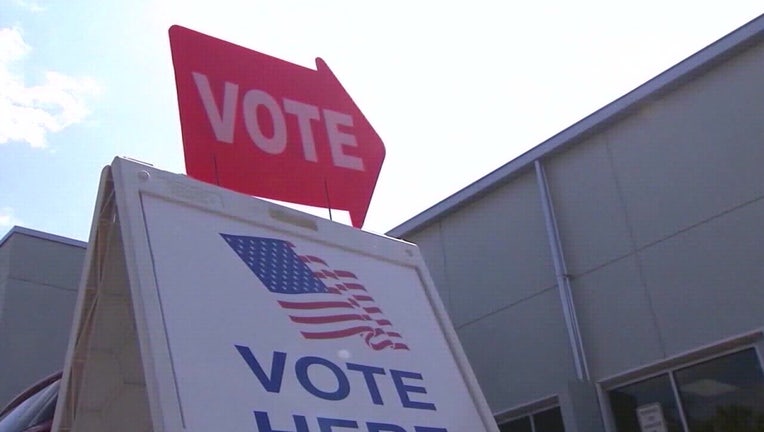 TAMPA, Fla. - While mail-in voting has been underway, in-person early voting is beginning in most Florida counties Monday. This year, there are more than 80 early voting sites in the Tampa Bay area, including Raymond James Stadium and Amalie Arena.

The Democratic Party is releasing ads that urge people to utilize those sites, partially because they offer plenty of room for social distancing.

"It's a safe, easy, accessible option for voters who want to cast their ballot in person," said David Bergstein, the Democratic Party's director of battleground state communications.

Democrats are buoyed by an unprecedented lead in mail ballots that have already been returned.

Because so many more are voting by mail during the pandemic, and Democrats have urged supporters to request them, they enter early voting with a 468,000 ballot lead. In 2016, Republicans narrowly led in that category.

"We are seeing incredible enthusiasm from Democrats," said Bergstein. "Our effort from now until election day is to make sure we get every Democrat out to vote that we can."

Republicans insist that early-in-person voting will start to turn the tide, especially because President Trump has urged his supporters to vote in person.

Campaign surrogate Blaise Ingoglia says data shows that among the most-dedicated voters, Republicans have 500,000 more than Democratic ones that have yet to cast ballots.

"Right now is crunch time, we are getting down to the end," said Ingoglia. "This is what we have been waiting for. We know a lot of our voters have been waiting to vote in person because they want to see the ballot go into the slot."

RELATED: Florida constitutional amendments: What do they mean?

Early voting in most counties runs until the Saturday or Sunday before the election.

But the times polls are open vary, so it's important to check with your local supervisor of elections office before you head out.