Neighbors unsettled by investigation at home of serial killer’s brother

SPRING HILL, Fla. - An investigation into a possible meth lab in Hernando County brings back nervous feelings for longtime residents of Roundup Lane.

But investigators say they also found evidence unrelated to the drug case, bringing back memories of those troubled times.

Seeing this kind of investigation would leave most neighbors feeling a little uncomfortable, but that feeling gets a lot harder to ignore when it’s happening on the same private road as the home a convicted serial killer

"When we first moved here, we first heard the stories, it was unsettling,” said Pat Gallagher, who has lived there for about 15 years. “And then it seemed like everything was OK until yesterday."

That was when Hernando County detectives showed up at Gary Mansfield’s home. 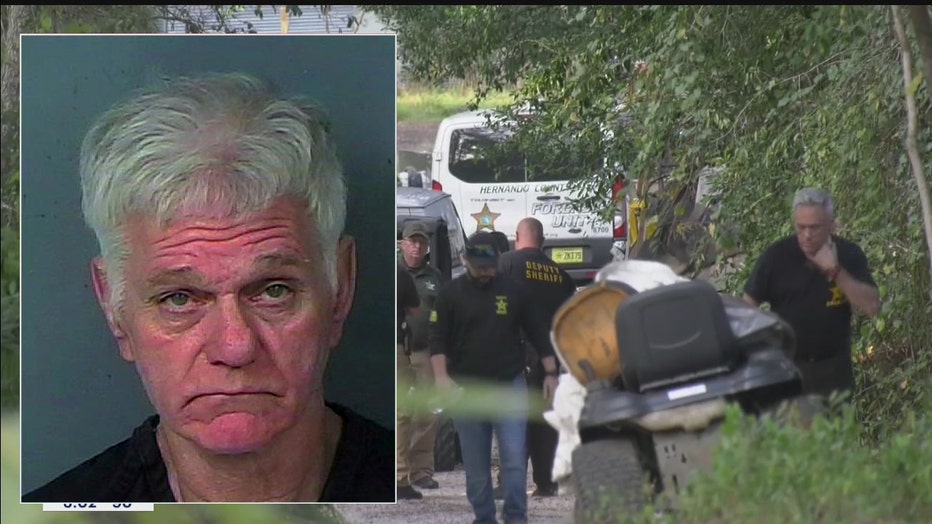 More than 30 years ago, Gary's brother, William "Billy" Mansfield, Jr. was convicted for the murders of five females -- one in California and four in Florida.

According to the Santa Cruz Sentinel, Billy raped, strangled and left the body of a 29-year-old California mother of three in a ditch back in December 1980. He was arrested a few days later in Nevada, along with his brother, Gary, who was charged with being an accessory to murder by helping Billy flee.

However, charges against Gary were dropped when he agreed to cooperate with law enforcement.

While the murder of the California mother was being investigated, a gruesome discovery was made at the Mansfield's parents' home in Weeki Wachee Acres. Investigators said they found the bodies of four young women -- all in different decomposition stages.

In 1982, Billy pleaded guilty to the Florida murders, as well as an attempted sexual battery charge involving a fifth female victim, reports the Santa Cruz Sentinel.

The newspaper reported in 2012 that Billy wanted to be paroled in Florida, and transferred to a prison in the Sunshine State since he still had family here. However, state parole commissioners denied his request.

Billy won't be eligible for another parole hearing until 2022.

Meanwhile, in a news release late Wednesday afternoon, Hernando County detectives said they located, "items on a nearby property that were deemed suspicious but are separate from the drug investigation."

Investigators wouldn't say what those items are, but a University of South Florida forensics team joined the Hernando County Sheriff's Office to collect evidence.

Gallagher wonders if detectives found anything connected to the Billy Mansfield murders.

"Maybe they're finding it now. They never could come across it. I guess we'll all find out together," Gallagher said.

The sheriff's office would only say the evidence unrelated to the drug investigation is being tested but it's unclear what detectives believe they may have found.