33-year-old Kyle Maynard was born with congenital amputation. His arms end at the elbows and his legs end near his knees. Maynard brought his message of no excuses to Tampa this week.

The 33-year-old was born with congenital amputation. His arms end at the elbows and legs end near his knees.

“It’s not just no excuses for ourselves, but, 'What can we go and do for the world?' And it’s a never-ending mountain,” Maynard said.

It’s why Easter Seals brought the two-time ESPY winner to Tampa to speak at its annual luncheon.

“Kyle inspires everyone everywhere he goes," said Florida's Easter Seals CEO Sue Ventura. "He brings such inspiration and the ability to reach for something better. He's going to challenge everyone to set your goal and reach it."

When he first arrived in Tampa, Maynard visited children with special needs.

"They're just unafraid to ask anything. After you get through that initial period where they're very curious about what happened to my arms and legs, and I go and tell them I lost them somewhere," he said through laughter. "And then we're just playing and having fun."

Nationwide, Easter Seals provides direct services to children and adults with disabilities. In Tampa, its focus is solely on children. 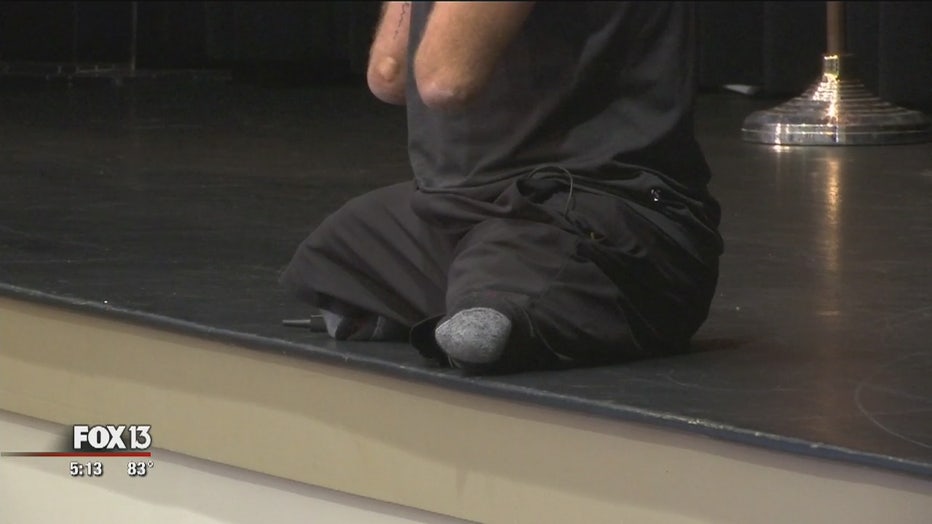 “I think my favorite aspect of the kids is their openness, and the fact that they’re unafraid to ask anything. But they’re so accepting at the same time," he said.

Those were the same values he hoped to leave the crowd in Tampa.

"Anything that we want, that we commit ourselves to is possible if we don't give up on it, if we find a way to make it happen. the world can be a different place," he said.