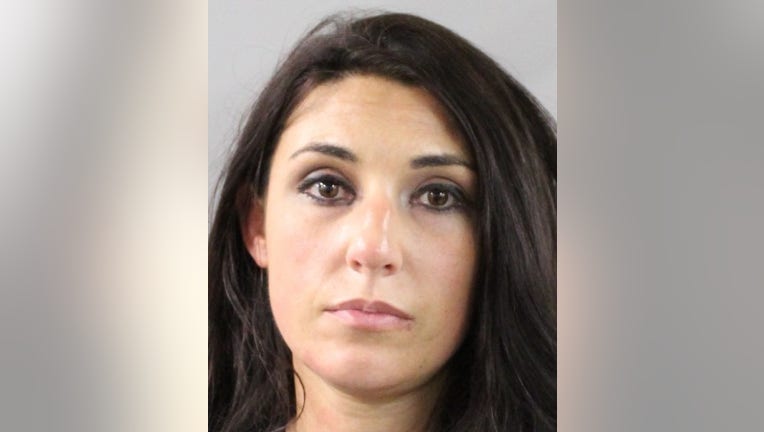 LAKELAND, Fla. - Polk County deputies said they arrested a woman for DUI after she crashed her vehicle. They said a child was inside but was uninjured.

Deputies responded to the crash around 11 p.m. at Clubhouse Road and Live Oak Road in Lakeland. They said 35-year-old Brittney Medina was driving west on Clubhouse Road in a silver 2016 Kia Sorento when she traveled off the roadway, through a fence and ended up in the backyard of a home.

Investigators said no other vehicles were involved. Medina was not injured following the crash.

The sheriff’s office reports that Medina’s eyes were bloodshot and watery. Deputies said she was slurring her speech and failed a field sobriety test.

According to deputies, Medina told them she was heading home from a graduation party where she had one glass of wine. She added that the brakes failed at the intersection, they said.

After she was taken to the Polk County Jail, deputies said she provided breath samples that recorded 0.118 and 0.129. The legal blood alcohol level limit in Florida is 0.08.

Medina was arrested for DUI with property damage and child abuse.

According to the sheriff’s office, she works as an attendance counselor at Lakeland Christian School. There is no word yet on her employment status following the arrest.