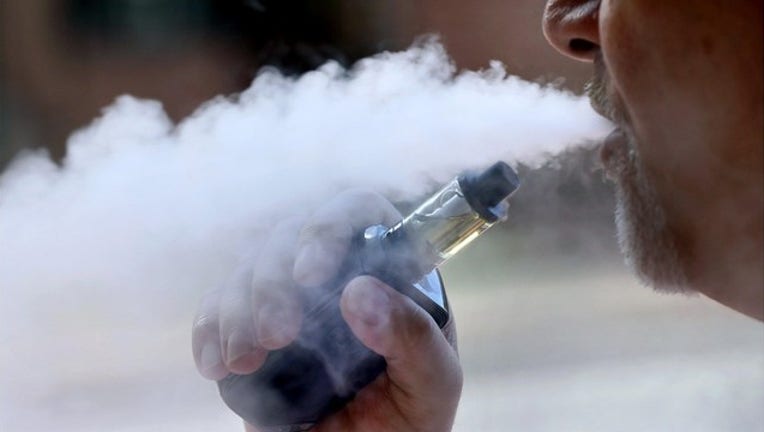 TALLAHASSEE, Fla. - More than two years after the U.S. surgeon general declared youth vaping an epidemic, Florida lawmakers again are working on an effort to regulate the sale of electronic cigarettes and raise the age to use tobacco and vaping products from 18 to 21.

Gov. Ron DeSantis last year vetoed a proposal that would have banned the sale of nearly all flavored e-cigarette products and brought the state into compliance with federal laws aimed at curbing teen vaping.

Despite support from Attorney General Ashley Moody and groups including the American Cancer Society and the American Lung Association, the Republican governor said the measure went too far and posed a disservice to smokers who turn to flavored vaping products as a healthier alternative to tobacco-based cigarettes.

The House and Senate this year are considering tamped-down proposals (SB 1080 and HB 987) that would raise the age to smoke and vape to 21, a threshold already established in federal law; maintain the status quo on flavored vaping products; and regulate vaping products separately from tobacco products.

Youth vaping skyrocketed in recent years but declined in 2020, a drop attributed by health officials to a variety of federal and state policies directed at reducing young people’s use of e-cigarettes.

The measure would require nicotine product retailers, or vape shops, to be licensed by the state Division of Business and Professional Regulation, which also licenses retailers selling tobacco products. Unlike tobacco sellers, vape shop operators would not have to pay a fee for the licenses.

Hutson said the state’s vape industry supports the measure, which he noted does not include a prohibition on flavored vaping products strenuously opposed by the retailers.

"That’s one of the reasons the governor vetoed this bill, so working with all parties in trying to get where we think would be something that we can all have an agreement on, shake hands, walk away and get it to the governor, where he will sign," he told the panel.

Part of the measure would keep the age at 18 for military personnel to possess tobacco or nicotine products.

Harbin said that would put Florida out of compliance with federal law --- which raised the age for smoking and vaping to 21 in 2019 --- and could jeopardize federal grants the state receives to address substance abuse and treatment.

Harbin also questioned how the state would be able to ensure retailers are complying with the proposal to restrict vaping product sales to people ages 21 and older, since vape shops and other retailers wouldn’t be charged a licensing fee.

"My fear is that it’s just not going to be enforced, either loosely or not at all," she told the committee.

The American Lung Association, the American Heart Association and other health-care groups also oppose the House and Senate measures.

Creating new regulations for the vaping industry could take months or even years, the groups said in a statement opposing the proposals.

The organizations also object to parts of the bills that would take away local governments’ control over marketing, sale or delivery of nicotine products, a move known as "preemption."

Local governments use ordinances to restrict where items such as cigarettes can be placed, Senate Minority Leader Gary Farmer said during the committee debate on Hutson’s bill.

"Local ordinances mostly deal with things like product placement and trying to make it so this stuff isn’t like right in the kids’ faces when they’re buying a Mountain Dew or something else," Farmer, D-Lighthouse Point, argued. "I think local governments are often better able to respond more quickly when we have a public health issue like youth smoking and this new product that’s out there. … We could send a good message by passing this bill, but I think there’s some details here that really need to get worked out, clarified and maybe tweaked a little bit."

Farmer also questioned whether the bill ensured that an "enforcement mechanism" was in place.

But Hutson defended the proposal, adding that, like Farmer, his goal is to reduce smoking and vaping among teenagers.

"I’m pretty confident in the way that we set it up, that everything will be regulated fine, that we’re not going to create any crazy fiscal (impact) or any amount of fees that are needed to actually go in there and make sure that the things are being done the correct way," he said.