MADEIRA BEACH, Fla. - Friends and family of Angela Jolley gathered on Madeira Beach for a vigil to honor her life; days after a medical examiner's office in Nebraska confirmed she had died.

Jolley and her 19-year-old daughter, Alexis were initially reported missing on July 23. Their phones were left at their home, but the two of them, along with their two white dogs and Angela's car were nowhere to be found.

The St. Petersburg Police Department launched an investigation to try to find them, as family members and friends organized searches around Pinellas County and the Bay Pines area.

The following Tuesday, police say the Jolley's were spotted driving in Georgia and Tennessee. 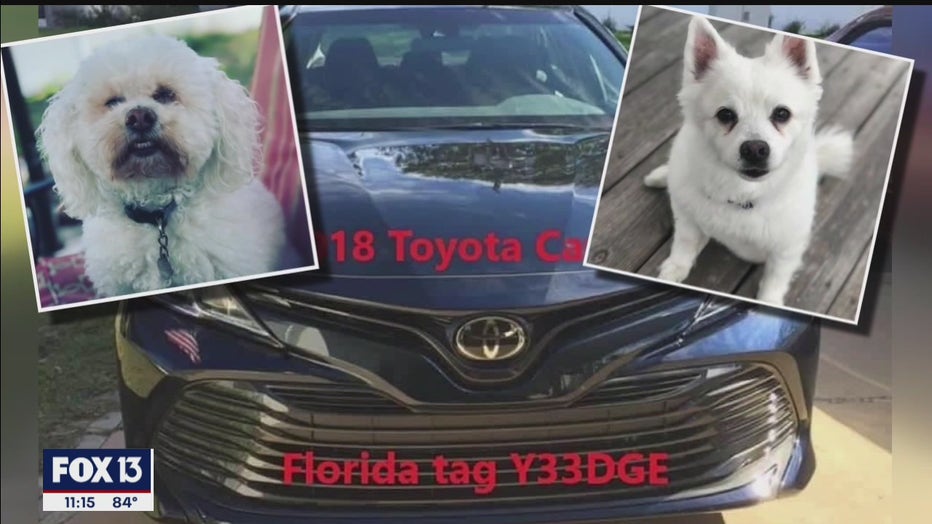 Then on Wednesday, the Sarpy County Sheriff's Office located near Omaha, NE confirmed they responded to a gas station/convenience store to a "rescue" call.

It was Angela and Alexis.

The Sarpy County Medical Examiner's Office told FOX 13 that Angela died from a pulmonary embolism, which is caused by a blood clot.

"I’m definitely glad that my sister is safe, it hurts us all about her mother and I know the community still has a lot of questions, and Alexis isn’t ready to answer it,” said Desiree Cook, Alexis's half-sister.

Police say Alexis and Angela were initially supposed to fly to Maine to see family. It is not clear if Alexis will head to Maine or return to Florida.