LUTZ, Fla. - Friends, family, and fellow law enforcement officers paid their final respects to a Pinellas County deputy who was killed in the line of duty.

The funeral service for Deputy Michael Hartwick was held Monday morning at the Idlewild Baptist Church in Lutz. A procession  was also held to the church. 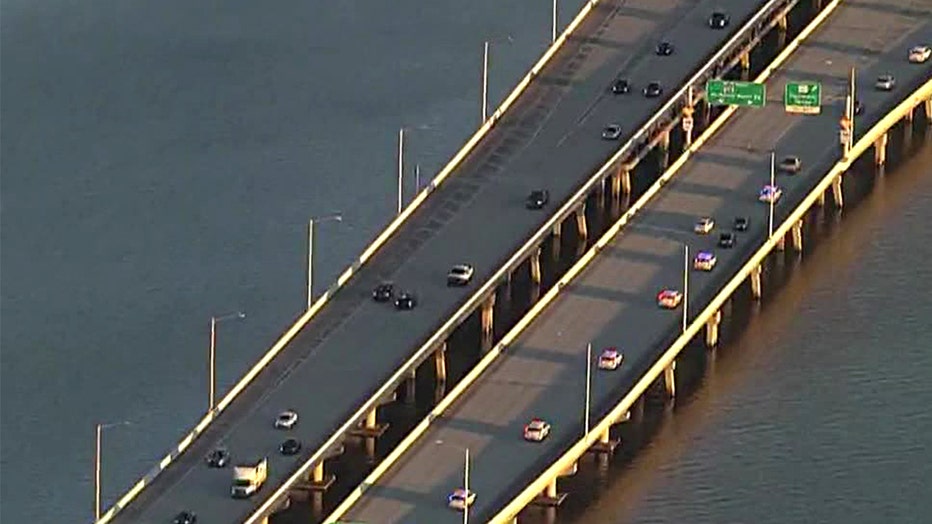 Aerial view of Deputy Hartwick's procession traveling over the Bayside Bridge on the morning of Oct. 3, 2022.

Immediately following the service, guests were directed outside the church for a special ceremony which included a 21-gun salute, a riderless horse, a last call, and a fly-over.

Click here to visit a landing page created by PCSO that has the processional and memorial video, information for funeral services, a place to leave messages for the family, and information about Deputy Hartwick.

Deputy Hartwick was killed on Sept. 22, when he was struck by a construction worker driving a front-loader on Interstate 275, near Roosevelt Boulevard.

He had been assigned to direct traffic away from the construction site. Investigators said the construction worker fled the scene, sparking a nine-hour manhunt. That worker, along with another crew member, have since been charged in Hartwick's death. Both were undocumented immigrants.

Investigators said they are looking into whether the suspects used falsified information to get hired with state contractor, Archer Western.