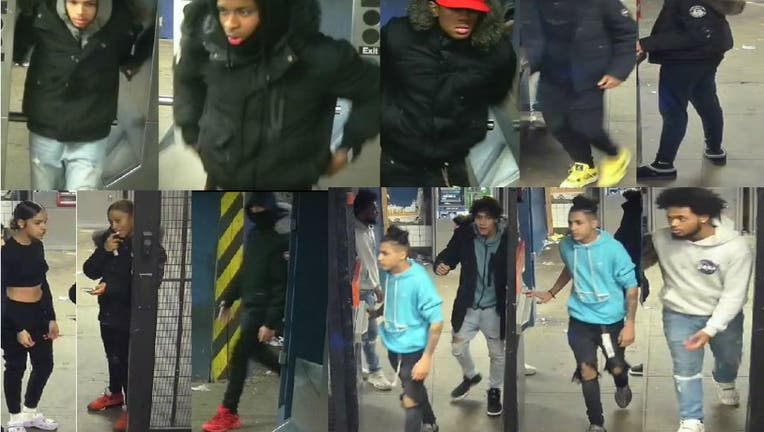 NEW YORK - The NYPD is asking for the public's help identifying a group of suspects wanted in connection to a gang assault in the Bronx that led to the death of a good Samaritan.

According to police, the group of suspects approached a 38-year-old man on the southbound B/D train platform in the Fordham Road subway station in Fordham Heights. One of the suspects threatened the man with a knife before the group began attacking him.

During the assault, the man fell onto the train tracks while an oncoming train approached.

That's when a good Samaritan, a 36-year-old man, jumped onto the tracks to try and save the assault victim. However, he was struck and killed by the oncoming train.

The 38-year-old victim of the assault was not hit by the train, and was taken to a nearby hospital to treat a broken arm.

Police have released photos of the suspects wanted in connection to the attack.

Anyone with information in regard to this incident is asked to call the NYPD's Crime Stoppers Hotline at 1-800-577-TIPS (8477) or for Spanish, 1-888-57-PISTA (74782). The public can also submit their tips by logging onto the CrimeStoppers website at https://crimestoppers.nypdonline.org/ or on Twitter @NYPDTips.