TAMPA, Fla. - Nearly three years after a dispute outside a Tampa nightclub ended with a deadly punch, the man who swung his fist is headed to prison. Ismael Ocasio pleaded guilty to the charges, but the victim's family had plenty to say before he was hauled away.

At a criminal hearing, Ocasio wanted the judge to hear his side of the story before she sentenced him.

"I’m truly sorry for all of this that happened and I’m really remorseful for the family," said Ocasio.

Ocasio pleaded guilty to manslaughter and aggravated assault charges in the death of 32-year-old Edward Taylor.

Prosecutors say in January of 2019, the two men got into a dispute over a woman's purse outside Club Envy in Tampa. They say Ocasio threw a punch and Taylor never recovered. 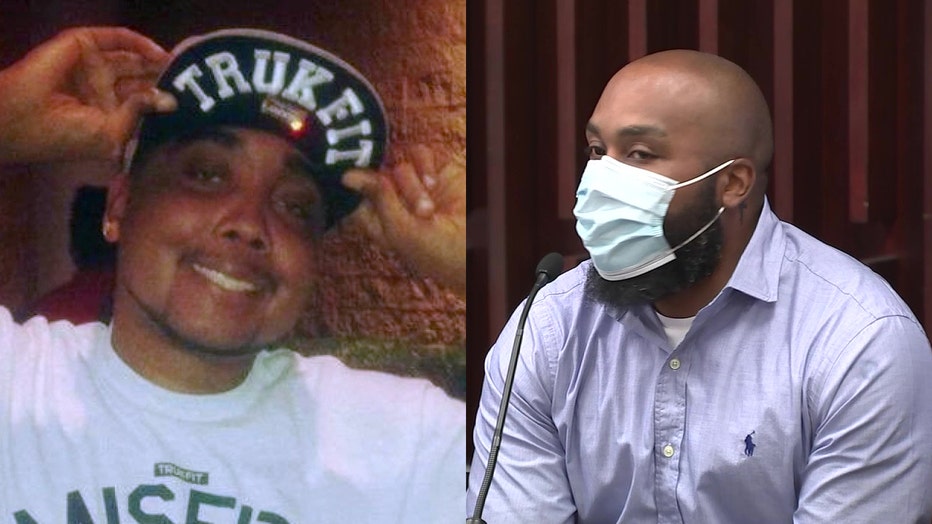 Ocasio told police he remembers Taylor reaching for something in his waistband, just before the altercation.

"My intentions were never to harm the victim, it was only to restrain him and that was it, because I was scared," said Ocasio.

But none of that mattered to Edward's mother, Vanessa Taylor.

"In January of 2019, my son met the devil, who was the defendant and his murderer," said Taylor.

She said Ocasio took advantage of her son, who suffered from health problems, including lupus and arthritis. She says her son could not even make a fist to defend himself.

"The defendant took something so precious for me that I have suffered a domino effect on my life," explained the grieving mother.

Before the judge handed down her decision, Ocasio's daughter tearfully begged for mercy, telling the court her dad was not a big bad wolf but rather a teddy bear.

But the judge had the final say. Ocasio is going away for eight years followed by 24 months of probation.

The Taylor family sued Club Envy in August of 2019 for not having proper security to protect customers. That lawsuit is ongoing.