ST. PETERSBURG, Fla. - Low to medium levels of red tide detected in Hillsborough and Pinellas County waters can be dangerous to manatees if they ingest the toxins from the algae.

"When the organism dies it then sort of sinks to the bottom and accumulates on leaf blades, on seagrass, so manatees come along doing their thing, they're herbivores so they eat the seagrass, and as they do that they're ingesting this red tide toxin," said Dr. James Powell, the executive director of the Clearwater Marine Aquarium Research Institute.

"It can also cause neurological damage and that it will go into convulsions or they might not be able to stay afloat or breathe," Powell explained.

Powell says the gentle giants can be treated by being placed in captivity until they recover or by helping them get to safer water during red tide blooms. 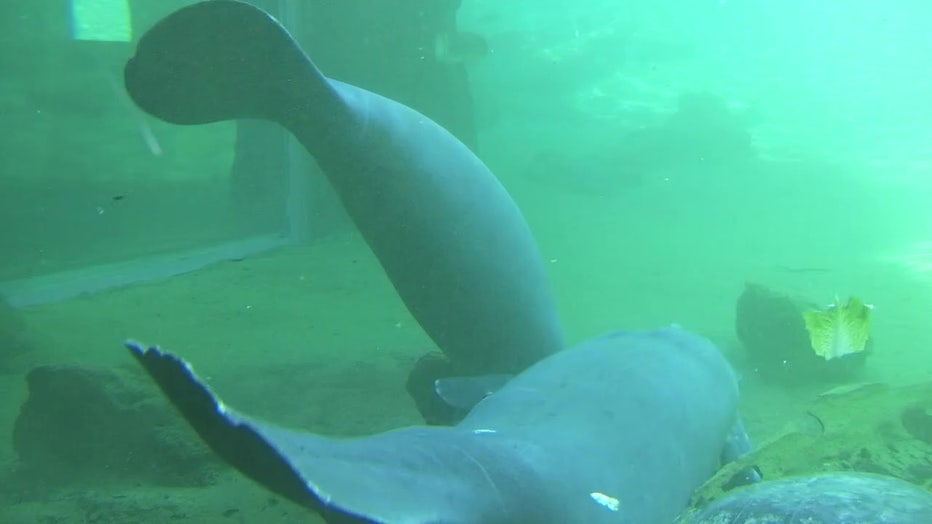 "Sometimes we can just sort of go out there and tend to them, bring them into shallow water, sometimes we'll put like, floatation devices around them like water wings, manatee water wings, just to keep them afloat so they don't sink down and potentially drown," Powell shared.

So far this year, 13 manatees, mainly off the coast of Cape Coral, have died from being in areas where red tide was detected, according to the Fish and Wildlife Commission.

That's more than the total manatee deaths in all of 2020 where nine died from red tide in areas between Tampa Bay and Marco Island. Back in 2018, when the toxic algae bloom was bad, 288 manatees died.