WASHINGTON - In an abrupt reversal, an attorney for former White House chief of staff Mark Meadows said his client will not cooperate with a House committee investigating the Jan. 6 Capitol insurrection, citing a breakdown in negotiations with the panel.

Attorney George Terwilliger said in a letter Tuesday that a deposition would be "untenable" because the Jan. 6 panel "has no intention of respecting boundaries" concerning questions that former President Donald Trump has claimed are off-limits because of executive privilege. Terwilliger also said that he learned over the weekend that the committee had issued a subpoena to a third-party communications provider that he said would include "intensely personal" information.

Terwilliger said in a statement last week that he was continuing to work with the committee and its staff on a potential accommodation that would not require Meadows to waive the executive privileges claimed by Trump or "forfeit the long-standing position that senior White House aides cannot be compelled to testify" before Congress.

"We appreciate the Select Committee’s openness to receiving voluntary responses on non-privileged topics," he said then. 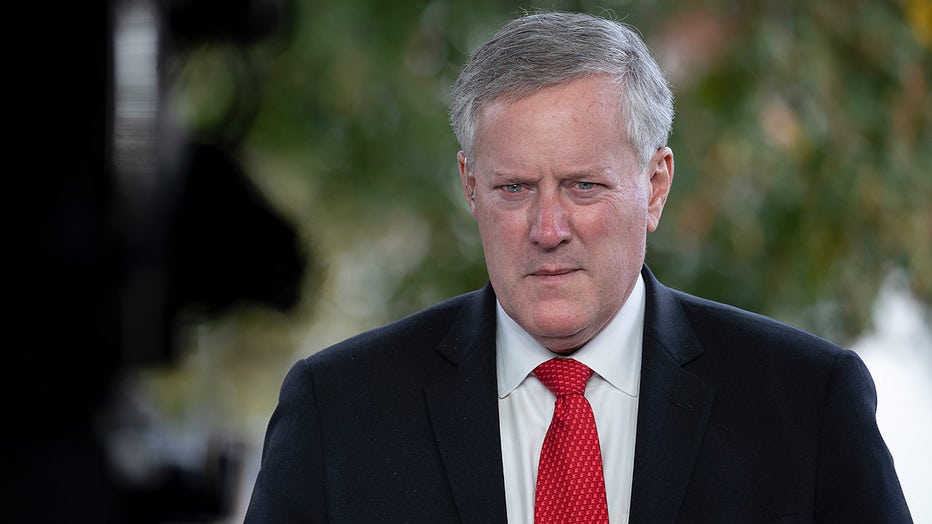 A spokesperson for the panel did not have immediate comment on Terwilliger’s letter. The committee’s chairman, Mississippi Rep. Bennie Thompson, said last week that Meadows had been engaging with the panel through his attorney, producing records and agreeing to appear for an initial deposition.

Thompson said the committee would "continue to assess his degree of compliance with our subpoena after the deposition." He has said that any witnesses who don’t comply will be held in contempt of Congress.

In halting cooperation, Terwilliger also cited comments from Thompson that he said unfairly cast aspersions on witnesses who invoke their Fifth Amendment right against self-incrimination. A separate witness, former Justice Department official Jeffrey Clark, has said he will invoke those Fifth Amendment rights.

"As a result of careful and deliberate consideration of these factors, we now must decline the opportunity to appear voluntarily for a deposition," Terwilliger wrote in the letter.

The reversal comes as Meadows has been receiving attention for a new book, released Tuesday, which revealed that Trump received a positive COVID-19 test before a presidential debate and was far sicker than the White House revealed at the time.

Trump — who told his supporters to "fight like hell" before hundreds of his supporters broke into the Capitol and stopped the presidential electoral count — has attempted to hinder much of the committee’s work, including in an ongoing court case, by arguing that Congress cannot obtain information about his private White House conversations.