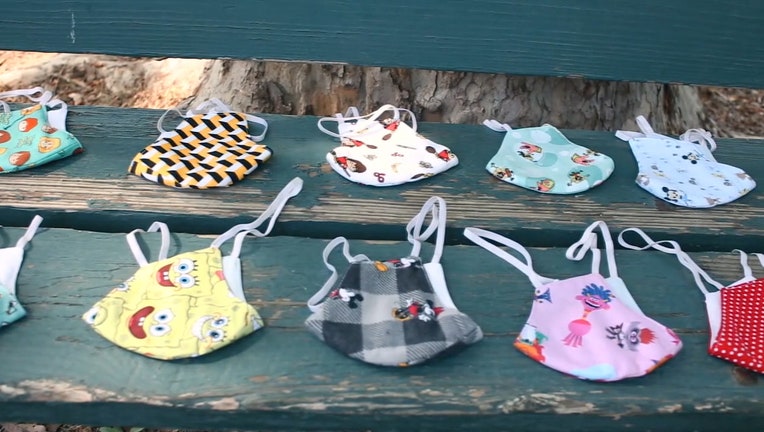 TALLAHASSEE, Fla. - Gov. Ron DeSantis in early May blocked cities and counties from requiring people to wear masks to prevent the spread of COVID-19.

But that hasn’t stopped legal battles over mask mandates.

Attorneys for Alachua County last week asked the 1st District Court of Appeal to reconsider a decision in a case about the constitutionality of a mask requirement that the county imposed in 2020. A panel of the appeals court on June 11 overturned a decision by an Alachua County circuit judge, who rejected a challenge to the requirement.

Meanwhile, a challenge to a mask mandate imposed last year by Palm Beach County is pending at the Florida Supreme Court. Justices have not announced whether they will take up the case.

In the filing Thursday at the 1st District Court of Appeal, attorneys for Alachua County argued that the panel’s ruling this month should be reconsidered because the case is moot. Along with DeSantis in early May blocking local mask mandates, the Legislature passed a measure (SB 2006) that places sharp restrictions on local emergency orders. That measure will take effect Thursday.

Alachua County is asking for a rehearing before the three-judge panel or a hearing by the full Tallahassee-based court.

"(Shortly) before the panel’s opinions were issued, the Legislature dealt with the issue raised in this appeal. Since the issue has been dealt with legislatively, the panel should grant rehearing and dismiss the appeal as moot because ‘constitutional questions will be decided by a court only when it is necessary to the disposition of the case,’" the motion for rehearing said, partially quoting from a court precedent.

Alachua County, which required people to wear masks at businesses such as grocery stores and restaurants, was one of numerous local governments across Florida to approve such mandates to try to curb COVID-19. Justin Green, who operates a nursery business, challenged the requirement and then went to the appeals court after Circuit Judge Donna Keim refused to grant a temporary injunction in May 2020.

The appeals-court panel, in a 2-1 decision, said Keim did not properly consider Green’s privacy rights before she rejected a temporary injunction. The panel majority stopped short of declaring the Alachua County requirement unconstitutional but sent the case back to the lower court.

The majority also said the issue was not moot, pointing to the possibility that Alachua County could try to impose a mask requirement in the future.

"Because of the nature of the various emergency orders that we have seen and the county’s continued commitment to public mask wearing, we are not convinced that this is the last that we will see of this issue," Judge Adam Tanenbaum, who was joined in the majority opinion by Judge Robert Long, wrote in a footnote.

"The effect of the majority’s disposition could lead to the trial court’s constitutional analysis of a non-existent order," Lewis wrote. "The trial court could not grant appellant’s (Green’s) requested relief of an injunction enjoining the county from enforcing the mask mandate contained in its emergency order because that order is no longer in effect, and so there is no enforcement to be enjoined."

Local mask mandates drew a series of legal challenges across the state last year, with the Alachua County and Palm Beach County cases drawing conflicting appellate-court decisions. A panel of the 4th District Court of Appeal in January backed a circuit judge’s refusal to block the Palm Beach County mandate, spurring plaintiffs to go to the Supreme Court.