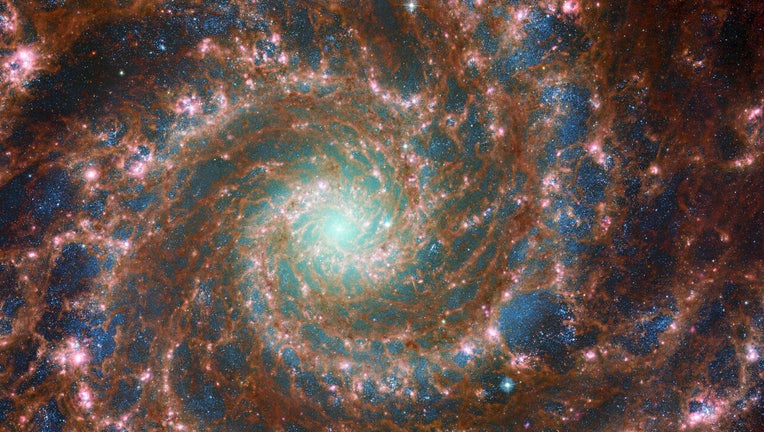 NASA and the European Space Agency shared an image of the Phantom Galaxy M74, capturing its heart.

The image, taken by the James Webb Space Telescope, shows the grand design spiral's arms extending outwards from the middle of the image, with a lack of gas in the nuclear region providing a clear view of the nuclear star cluster at its center.

Around 32 million light-years away from Earth, the galaxy lies in the constellation Pisces.

The Webb Telescope captured M74 with its Mid-InfraRed Instrument (MIRI), with researchers aiming to learn more about the earliest phases of star formation in the local universe. 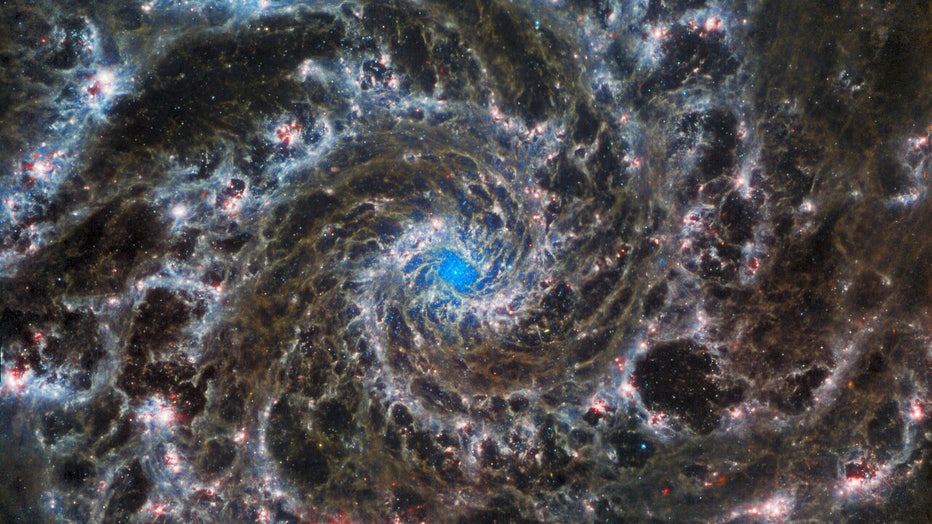 This image from the NASA/ESA/CSA James Webb Space Telescope shows the heart of M74, otherwise known as the Phantom Galaxy. (ESA/Webb, NASA & CSA, J. Lee and the PHANGS-JWST Team)

The $10 billion-dollar observatory's scientific observations at longer wavelengths will allow astronomers to pinpoint star-forming regions in the galaxies, measure the masses and ages of star clusters and gain insights into the small grains of dust in interstellar space.

NASA shared additional images from the $10 billion telescope’s initial outward gazes, including two images of nebulas where stars are born and die in spectacular beauty and another shot showing an update of a classic image of five tightly clustered galaxies that dance around each other.

NASA SPACECRAFT TO SMASH INTO ASTEROID TO TEST PLANETARY DEFENSE

"By combining data from telescopes operating across the electromagnetic spectrum, scientists can gain greater insight into astronomical objects than by using a single observatory — even one as powerful as Webb!" the ESA said in a post alongside the image.

Another image released featuring data from both the Hubble Space Telescope and Webb shows the image with depth and color. 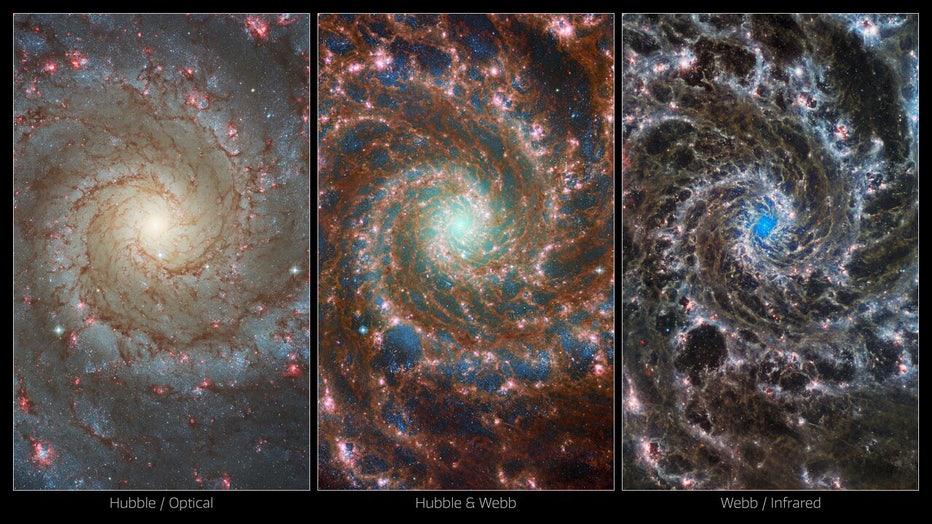 The blue shows the nuclear core and young stars, the cyan and green highlight older stars, pink indicates star formation and red marks dust through the galaxy, with lighter oranges being hotter areas of dust.

The data from Hubble and Webb, working together in multiple wavelengths, provide a more stunning and comprehensive view of M74.