Standing 11-feet-tall and weighing a whopping 1,800 pounds, Princess Ulele is back where she belongs.

The bronze statue sits in the Sunset Lawn of Ulele restaurant in Tampa Heights.

Gonzmart says Princess Ulele was courageous and compassionate while saving a Spanish sailor from death in 1527. 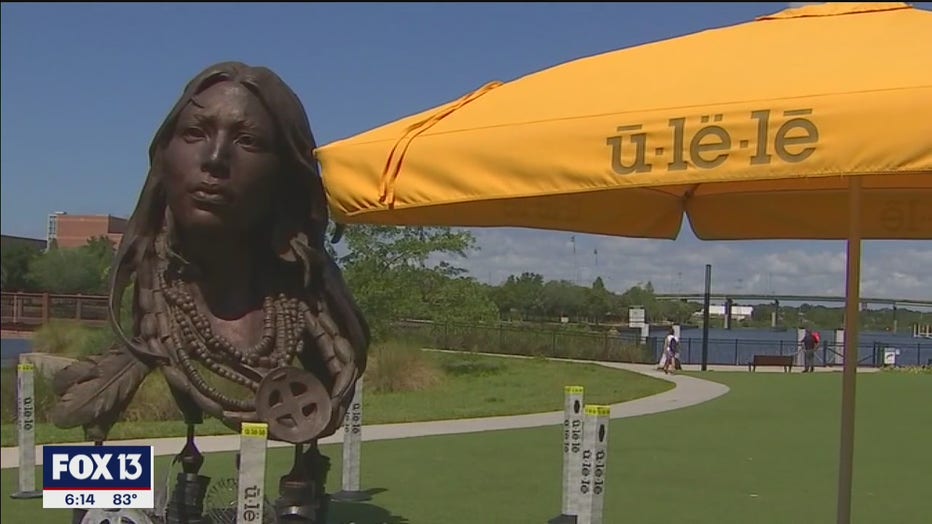 He says the Princess‘ people were tragically wiped out by smallpox, so her resurgence will give people hope during this pandemic.

"I want the story to be shared with children about the people that called this home long before we were ever here,” Gonzmart explained.

But her journey here has been rocky. 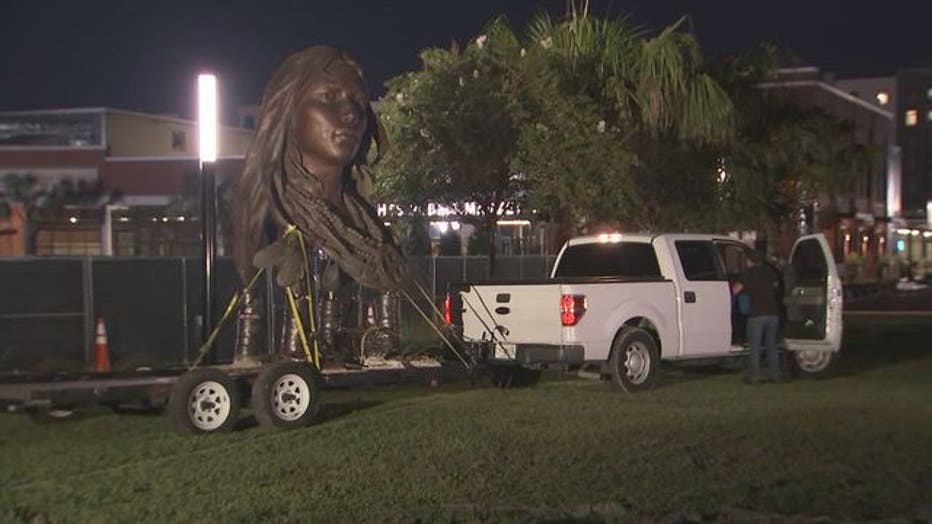 Back in September of 2018, the city of Tampa had the statue removed, saying the bronze bust was on city property.

It sat in a warehouse for over a year until Gonzmart got the green light from Mayor Jane Castor to share her with the world once again.

“We are capturing back our freedom to dine out celebrate with friends and family. We hope you come visit her,” expressed Gonzmart.