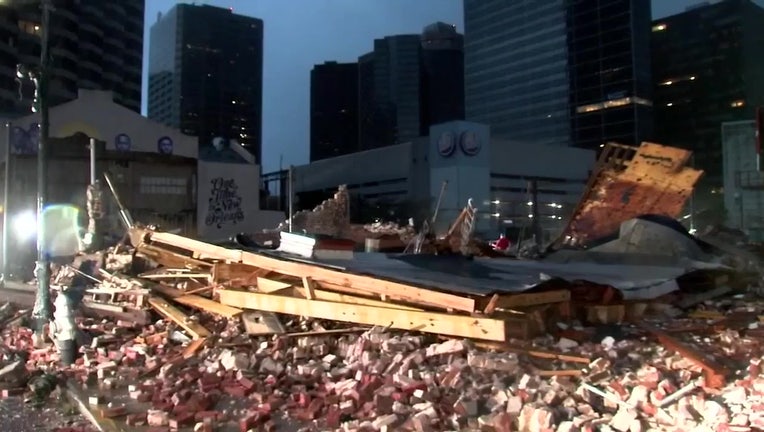 What remains of the Karnofsky Shop after Hurricane Ida hit New Orleans.

NEW ORLEANS - A historic building in New Orleans was destroyed as Hurricane Ida hit the city on Sunday.

The building, which is listed on the National Register of Historic Places, appeared to be leveled by the storm.

According to the National Park Service, jazz legend Louis Armstrong once lived in the building, which was a shop on the first floor with a residence above. The store started as a tailor shop in 1913 and was owned by the Karnofsky family.

Armstrong "worked for the Karnofskies on their coal and junk wagons, tooting 'a small tin horn,' and ate meals with the family," the National Park Service said.

The family even loaned the musician money for his first cornet. 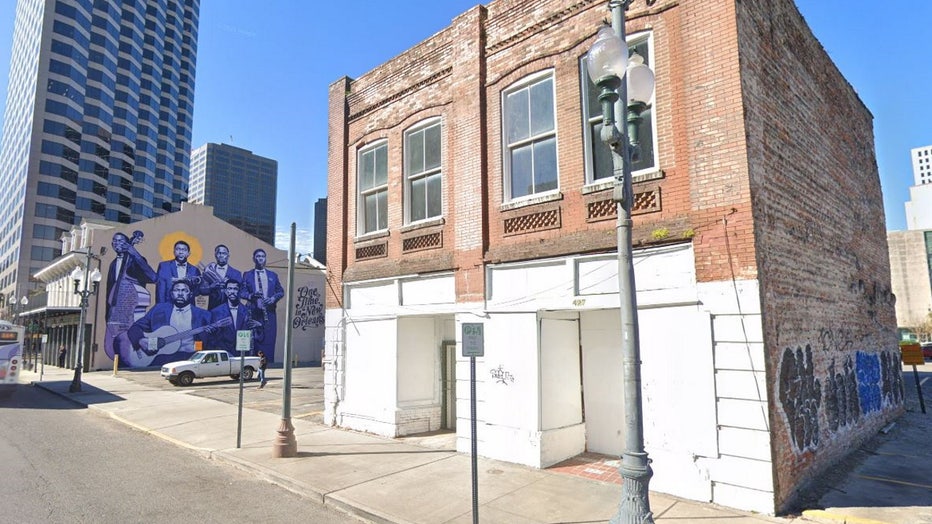 Morris Karnofsky, the son of the family and Armstrong's friend, would go on to open the first jazz record store in town.

"Armstrong visited his friend and his musician buddies at the store on his many return trips to the city," the National Park Service said.

Ida’s landfall coincides with the anniversary of Hurricane Katrina, which made landfall in New Orleans on Aug. 29, 2005. Katrina, a Category 3 storm at landfall, left more than 1,800 people dead and left a trail of flooding that devastated the city and other parts of the South.

Ida's 150 mph winds tied it for the fifth-strongest hurricane to ever hit the mainland. It was blamed for at least one death — someone hit by a falling tree outside Baton Rouge — but with many roads impassable and cellphone service knocked out in places, the full extent of its fury was still coming into focus.

All of New Orleans lost power around sunset on Sunday as the hurricane blew ashore, heightening the city’s vulnerability to flooding and leaving hundreds of thousands of people without air conditioning and refrigeration in the summer heat.