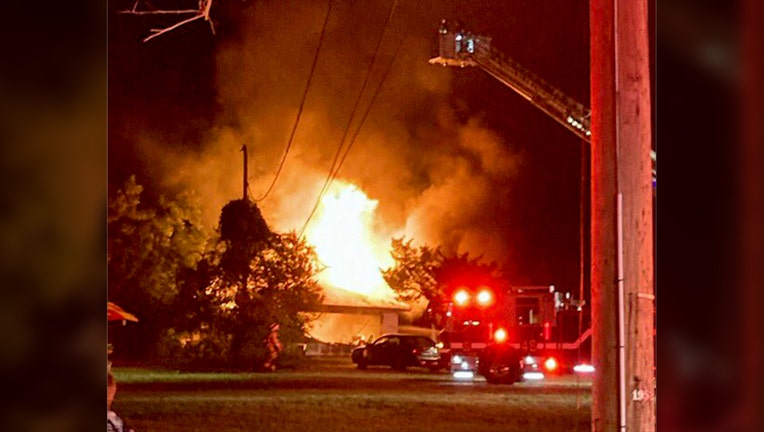 CLEARWATER, Fla. - The residents of a home in unincorporated Pinellas County, near Clearwater, were able to escape when it caught fire New Year's Day.

There were people home, but CFR said they were able to get out and no injuries were reported.

afety Harbor and Dunedin firefighters, as well as Pinellas County sheriff's deputies were on the scene.

The cause of the fire will be under investigation.