Vaisala is an environmental monitoring company that collects a variety of weather data, including lightning strike frequency. They indicated that Oklahoma may actually be the nation’s lightning capital.

The Finland-based meteorologists have been studying statistics from 2016 to 2020 and noticed that 83.4 lightning events per square kilometer were reported in Oklahoma. In Florida, the Sunshine State saw 82.8 lightning events.

"At least, there’s a big dispute going on. I’ll be honest, I’ll give the title to Oklahoma if they want it," said FOX 13’s meteorologist Dave Osterberg. "This is all in data interpretation."

Osterberg explained there are three main types of lightning: intracloud, cloud-to-cloud, and cloud-to-ground. Vaisala included all three in its data.

"So, Oklahoma has more lightning flashes in general," Osterberg said. "You can see in the distance, inside the cloud…but Florida has more cloud-to-ground strikes, which is obviously more dangerous and a lot worse." 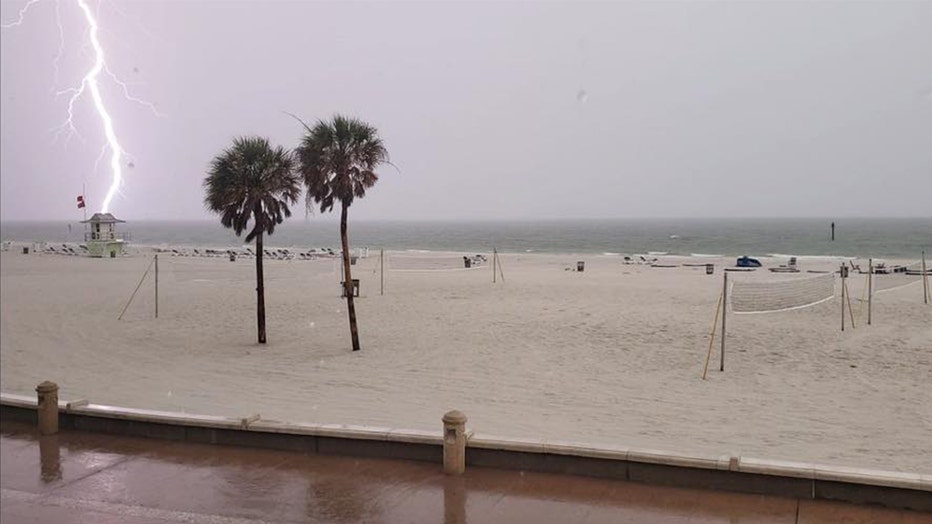 He said Florida’s shape is a contributing factor as to why the Sunshine State has numerous lightning bolts.

"Because of how skinny our state is, we get sea breezes coming from both sides," Osterberg said. "When you get a violent sea breeze collision like that, you generate these thunderstorms. It’s like clockwork. Every single day a different part of the state is getting these big storms."

There are two Florida counties that lead the state in the number of cloud-to-ground strikes: Seminole and Orange, he said. Both average nearly 160 flashes of lightning per square kilometer each year.

According to National Geographic, around 100 cloud-to-ground lightning bolts strike Earth's surface every second, which is nearly three billion strikes per year.

Lightning is just as destructive and deadly as it's ever been. We've witnessed examples of its dangerous power in just the past few days.

MORE: 'A bolt from the blue' strikes in Lutz neighborhood

The U.S. is not number one in terms of lightning strikes. That title goes to Singapore, Osterberg said, and reminded people:

"When thunder roars, we go indoors."