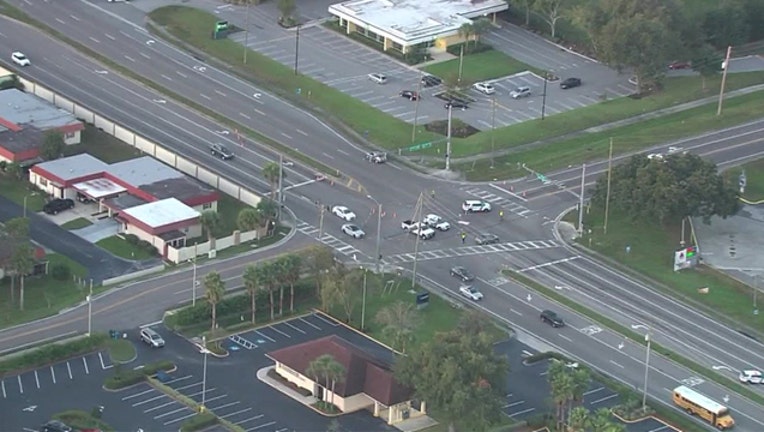 First responders said the intersection of Old County Road 54 and Little Road was closed as Florida Highway Patrol investigated. Troopers said the 28-year-old female driver of a 2011 Nissan Versa was heading southbound on Little Road in the outside lane.

Investigators said the pedestrian, an adult male, was crossing Little Road at the intersection of Old County Road 54, and walked into the path of the vehicle.

The pedestrian passed away at the scene and has not been identified.