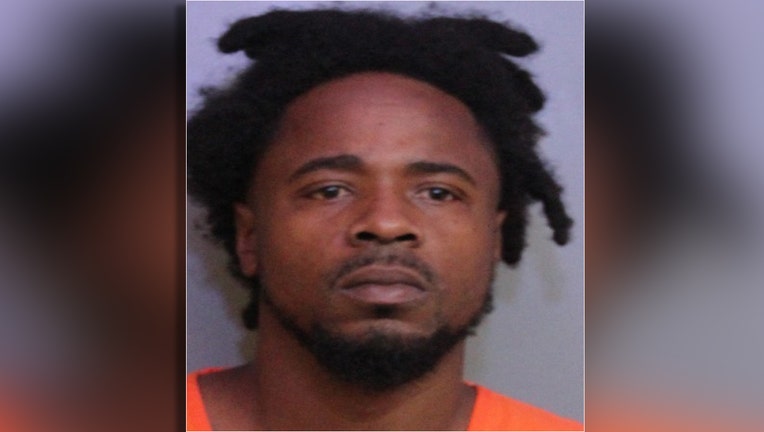 LAKE WALES, Fla. - Ernest McKnight III, 36, was arrested Thursday after deputies say he committed a series of crimes over several days, some in the company of an eight-year-old child.

According to the Polk County Sheriff’s Office, McKnight stole an unoccupied, idling red Hyundai that was parked alongside State Road 60 and Central Avenue in Lake Wales on Nov. 7. The driver of the vehicle was outside of the car doing surveying for construction at the time of the theft.

On November 12, McKnight is accused of rummaging through a man’s car as he stopped alongside County Road 653 to walk his dog. Deputies say McKnight fled the scene in the stolen red Hyundai.

About five hours later, a Lake Wales resident saw McKnight stealing a package from the victim’s front porch, according to PCSO. The victim yelled at McKnight to return the package, and McKnight yelled back, “It’s mine now!” McKnight fled the area in the red Hyundai.

When Lake Wales police tried to stop the car he was driving, McKnight fled. The PCSO aviation unit located the vehicle behind a home in the area of Rosalie Lake Road and Tupelo Lane near Lake Wales. Deputies arrested McKnight and the child was reunited with his family.

According to PCSO, when asked by a detective why he had the child with him, McKnight replied, “I was trying to toughen him up…I don’t want him to be soft.”

“Taking a child out with you while you committing felonies is not the proper way to create a positive influence. I’m quite confident that there is not a child psychologist out there who would agree with this guy’s idea of proper activity for a child,” said Polk County Sheriff Grady Judd.

According to PCSO, McKnight has a prior criminal history that includes charges for possession of a firearm by a convicted felon, domestic violence, loitering/prowling, narcotics, resisting, theft, and driving while license canceled, suspended or revoked. He also went to prison in 2009, according to PCSO.