Tampa bar one of first to lose liquor license

TAMPA, Fla. - The state has suspended a Tampa bar's liquor license for what regulators say are violations of the state order requiring bars to remain closed.

Pegasus Lounge on North Florida Avenue has only been back open for about three weeks. When owners realized establishments only offering drinks might not get to open for a while, they started making changes, converting part of the venue into a restaurant.

Pegasus Lounge was approved to sell food and hoped that would be enough to keep customers coming through the doors.

But owner Julie Bible told FOX 13 News, agents with the Department of Business & Professional Regulation have stopped by three times since July 30. Their most recent was Saturday night.

“He had been there the night before. He felt like, in his words, I was doing a beautiful job of overseeing things and following the guidelines,” Bible said. “So he said, 'I’m not even going to write you up today and we’re just gonna slip out the back door.'”

That’s the reason Bible says she felt blindsided when the state showed up Tuesday and shut the bar down. Pegasus Lounge is the first bar in the Tampa Bay region to be slapped with this severe penalty. 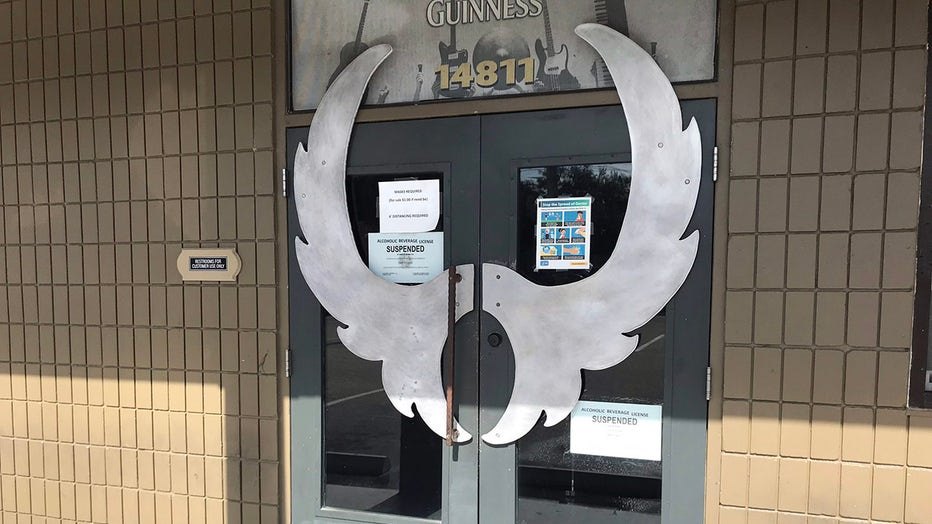 “I never got any kind of written notice of any kind of non-compliancy, not one,” said Bible.

The emergency suspension order accuses Pegasus Lounge of violating 50% capacity restrictions, saying patrons were standing shoulder-to-shoulder while being served at the bar, and social distancing was not being enforced.

In late June, Governor Ron DeSantis announced the state was going to start cracking down on bars not following orders.

“If you go in and it’s just like mayhem, dance party USA, and it’s packed to the rafters, that’s just cut and dry, that’s not an innocent mistake,” DeSantis said.

So far, nine liquor licenses statewide have been pulled, including the one at Pegasus Lounge. 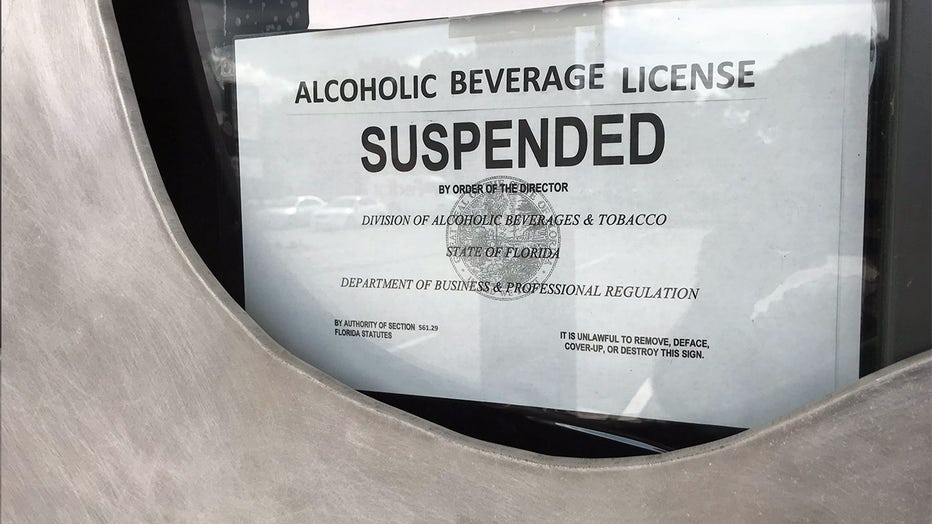 Bible said she can prove there were fewer than 60 people inside the 4,200 square-foot venue Saturday night and the groups of people standing together likely arrived together.

“I wonder, am I to be made an example for all these other places that are open that maybe are skirting the issues, that maybe are pushing the envelope, 'cause I can’t figure out why else,” Bible questioned.

She and her lawyer intend to fight the license suspension.