ST. PETERSBURG, Fla. - School started in Pinellas County this week, which means more traffic. St. Petersburg police are warning drivers that they need to slow down after noticing a high number of citations issued in school zones.

"This morning our traffic enforcement unit has noticed an incline in speeding in school zones," Ashley Limardo with the St. Petersburg Police Department said. "They were extremely surprised this morning at how many people they were pulling over just in a short amount of time which is why we’re really wanting to push the message out there just please slow down."

Police said Thursday morning officers wrote 27 school-related citations within the school zones of St. Pete High School and Tyrone Middle School. That same afternoon there were 18 citations given out within an hour due to traffic violations on 5th Avenue North. 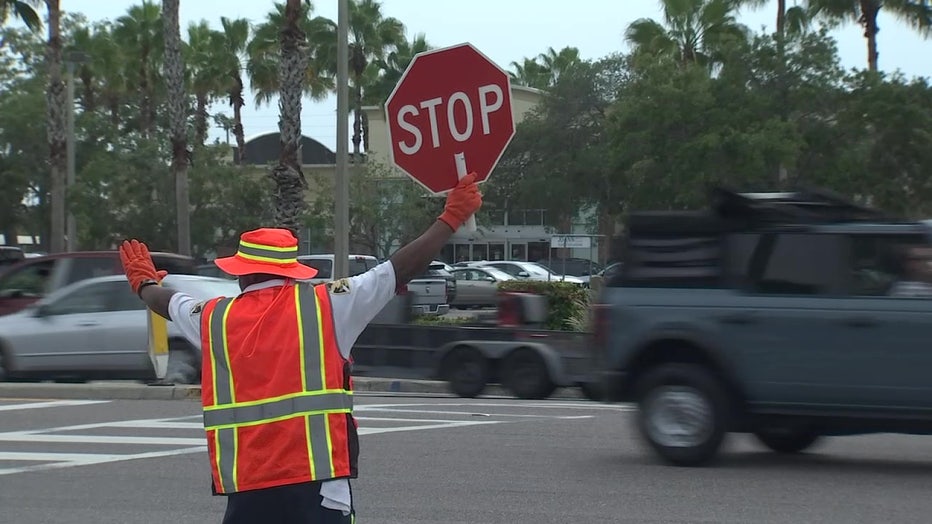 "I’m not surprised at all," La’Ronnie Nelson said. "When you come through in the morning time it’s way more people that you will see speeding, impatient, going across the median and everything."

Parents said drivers are distracted and speeding, and they worry children will end up hurt.

MORE: Transportation policy change forces some Pasco students to find their own way to school

"They’re impatient. They don’t have patience for the kids and that’s not fair. That’s not fair to us as parents or kids because what if they do hit a kid? Then what? They don’t look at the bigger picture they’re in a rush to get where a red light," Summer Ginther said.

In most school zones the speed limit is 15 mph. Fines are also doubled in a school zone.