NEW ORLEANS, La. - As floodwaters from Hurricane Ida surround homes throughout the New Orleans area, volunteer boaters are busy at work rescuing people in need. However, the power outages and their impact on cell service have made finding people much more difficult.

Video taken by My True Rescue shows a car engulfed in floodwaters as FEMA helicopters survey the damage from above while boaters get to work rescuing people in need.

Reeves has been coordinating rescue efforts with more than a dozen volunteer boaters. In a video captured by one of them, you can see rescue operations underway in Laplace, which is an area about 25 miles west of New Orleans situated on the East Bank of the Mississippi River.

So far, Reeves says her group has rescued more than 60 people from their homes in that area in just the last day or so. 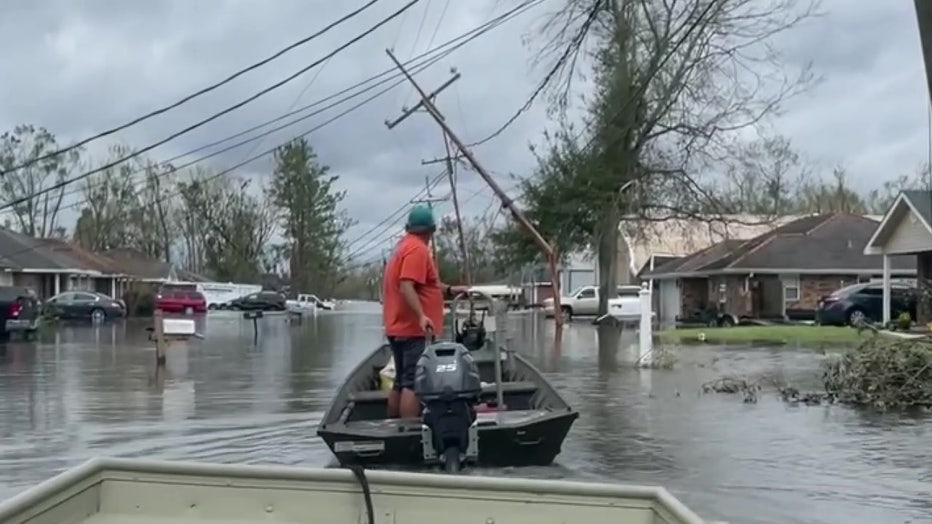 "You have to find them, pick them up, get all their stuff in the boat, and then you have to make sure you're not overloaded and everybody has lifejackets. Then you have to take them out to dry land so that whoever is on the ground there can pick them up and transport them to a shelter," Reeves said.

For many, getting to safety is just the start of a long road ahead considering most have lost nearly everything. It's why Reeves says any supplies people can offer small or big can go a long way.

"You know that even though you can't fix everything for them right now, you may be able to give them that little bit of comfort that little bit of hope to just keep them going. They're going to need a lot of that," Reeves shared.