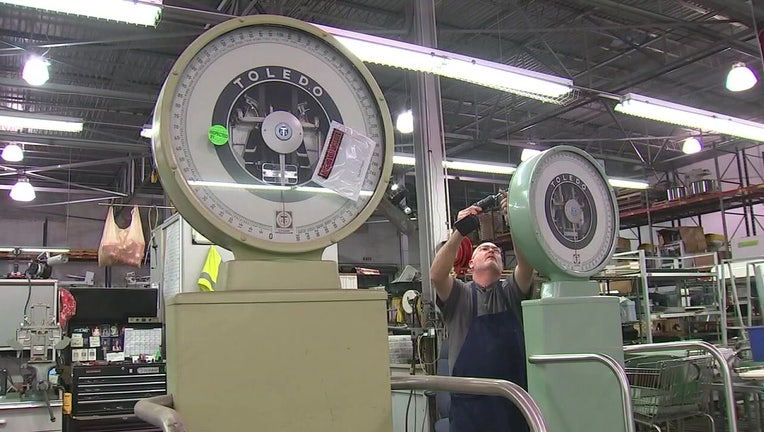 He chuckled as he said, "I'd say I work in one of the coolest departments in Publix."

Anderson is the one and only mechanic who fixes and refurbishes Publix's famous scales.

Anderson has repaired more than 800 scales over the past 25 years, with the majority of scales coming from Florida.

If you've ever stepped onto a scale at Publix, you should know what it takes to keep them accurate.

"I didn't know anything about the scales when I started," explained Anderson. "The gentleman before me wrote a small manual and then I followed the manual and with some of his critiquing, I learned to do it right here in-house."

With the scales no longer in production, it's a responsibility that weighs heavy. "I think the two pieces of machinery that make people the most mad if it isn't working is this and the ATM machine," he offered.

It's not just the nostalgia he appreciates in the scales, but the artistry. "It's a pretty crafty little piece,” Anderson declared. “It's a lot like a watch. There's a lot of pivoting points and gears a lot of bands that have to be really precise."

Why are there scales in Publix?

PREVIOUS: Old-school scales remain a Publix signature -- but only in Florida

After 30 years with Publix and seeing innovation and technology change the grocery industry, Anderson’s happy one thing stays just the way it is. "It stays with our core value of just being dedicated to our customers. And they really like the scales!"