Trump says he plans to announce his choice to replace the late Ginsburg on Saturday, setting off one of the quickest confirmation processes in modern times

WASHINGTON - Republicans are expecting President Donald Trump to announce Saturday that he is choosing Amy Coney Barrett to fill the U.S. Supreme Court seat vacated by the death of Justice Ruth Bader Ginsburg, according to the Associated Press.

Barrett, who has been considered a front-runner in the days following Ginsburg’s death, is a federal appellate judge and someone who has established herself as a reliable conservative on legal issues ranging from abortion to gun control.

Barrett is a devout Catholic and has been hailed by religious conservatives and others on the right as an ideological heir to conservative Antonin Scalia, the late Supreme Court justice for whom she once clerked. If confirmed, her ascension would be sure to move the court rightward on health care and other pivotal issues.

At just 48, Barrett would be the youngest justice and her tenure could last for decades. 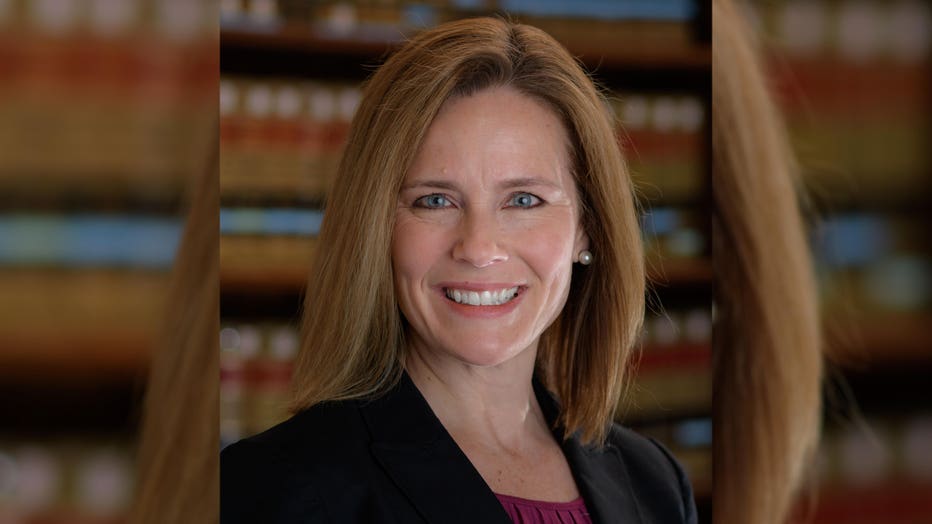 Liberals have said Barrett’s legal views are too heavily influenced by her religious beliefs and fear her appointment to the nation's highest court could lead to a scaling back of hard-fought abortion rights. She also would replace Ginsburg, a justice who is best-known for fighting for women's rights and equality.

Trump has said multiple times that he intends to pick a woman. On Monday, he met with Barrett at the White House, according a person familiar with the vetting process who spoke to The Associated Press on condition of anonymity.

Ginsburg’s death set off a battle over whether her seat should be filled so close to the Nov. 3 election. Republican Sen. Mitt Romney of Utah said this week that he supports voting to replace her, all but ensuring that Trump will have the backing for his pick to be confirmed in the Republican-controlled Senate.

Senate Republicans are readying for confirmation hearings in two weeks, with a vote in the full chamber now expected before Election Day.

“I’m confident he’s going to make an outstanding nomination,” Senate Majority Leader Mitch McConnell told FOX News. “The American people are going to take a look at this nominee and conclude, as we are likely to conclude, that she well deserves to be confirmed to the U.S. Supreme Court.”

“They’re hell-bent on getting this done as fast as possible,” said Democratic Senate whip Dick Durbin. “They think it helps Donald Trump get reelected.”

Barrett, who made her mark in law primarily as an academic at the University of Notre Dame, began teaching there at age 30. In 2017, Trump nominated Barrett to fill the vacant seat on the 7th Circuit Court of Appeals, a jurisdiction that covers Indiana, Illinois, and Wisconsin, which was confirmed later that year by the Senate.

Barrett was previously considered for the Supreme Court, among those on a list to replace retiring Justice Anthony Kennedy in 2018. Trump ultimately chose to nominate Justice Brett Kavanaugh.

Trump had released two lists with a total of 21 names of potential Supreme Court nominees during his previous presidential campaign and added another five names in 2017 after becoming president. Trump’s two nominees to the court, Justice Neil Gorsuch and Justice Brett Kavanaugh, were both drawn from the list.

Even before Ginsburg’s death, Trump had done the same in 2020, releasing an additional 20 names he would consider for the court, and encouraging Biden to do the same. Besides Barrett, other considerations on the list included Republican Sens. Ted Cruz of Texas and Tom Cotton of Arkansas.

Earlier this week, Trump highlighted some on his five-person short list from election battleground states, including Florida’s Barbara Lagoa.

This will be Trump’s third opportunity to nominate a justice to the Supreme Court.

RELATED: Which president has selected the most Supreme Court justices?