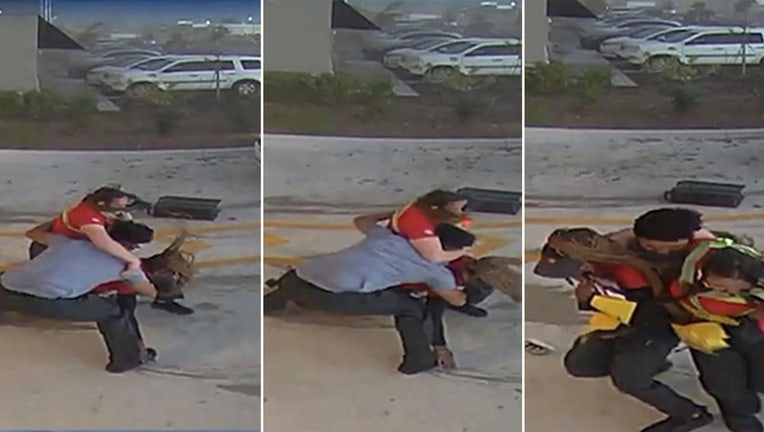 RIVERVIEW, Fla. - An employee at a Chick-fil-A in Riverview is being praised for his bravery as he rushed to his coworkers’ aid while they were outside during a stormy day.

Nathan Armstead, who turns 21 years old in May, has worked at the Riverview restaurant – located at 12810 Summerfield Crossing – since it opened in October 2020, and was quickly promoted to a team leader, according to Chick-fil-A.

On Saturday, storms rolled into the Tampa Bay area as some of his coworkers were taking orders outside in the drive-through area.

"When the weather turned on a dime, Nate didn’t hesitate to rush to the team members who were serving guests in our drive thru," according to a Facebook post. "We wanted to shoutout and praise this act of bravery shown on Nate’s behalf, as well as thank all of our team members who pulled through such a difficult night and continued to serve this community with love & care." 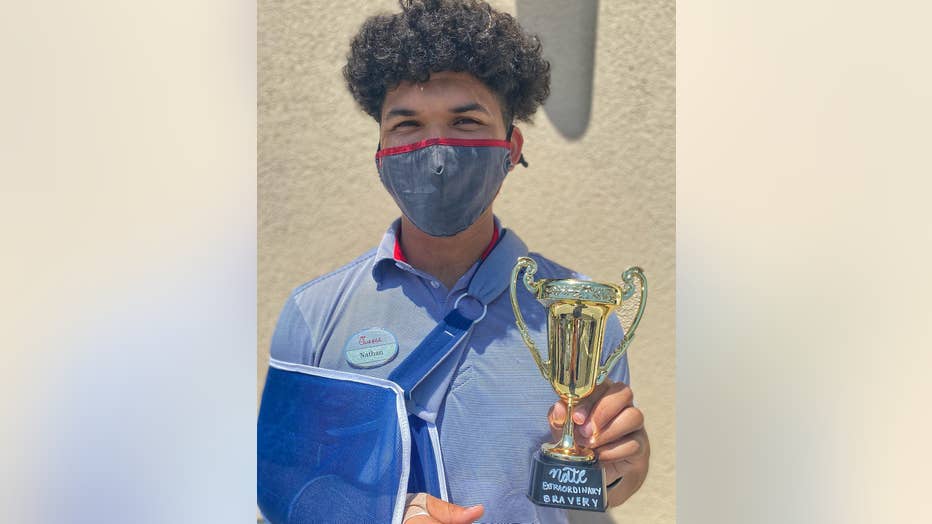 In surveillance photos, Nate was seen firmly grabbing two of his coworkers, bracing himself against the high winds, and guiding them back inside.

Prior to the night, Nate had an arm injury. Chick-fil-A says he didn’t hurt his arm during Saturday’s incident.