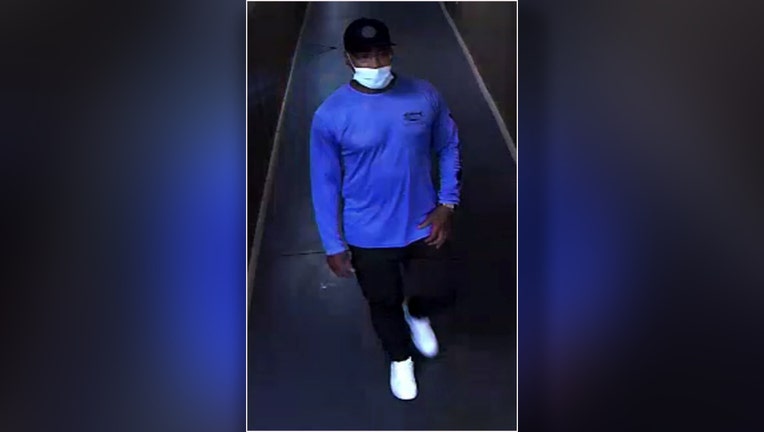 BRANDON, Fla. - The Hillsborough County Sheriff’s Office is working to identify a suspect who stole more than $30,000 worth of jewelry from a store inside the Brandon Town Center Mall.

According to HCSO, the man implied that he had a weapon and forcefully removed 10 gold necklaces and one gold ring from a display cabinet before fleeing the scene.

The suspect is described as a Black male, possibly 28-30 years old. He is 5’7" to 5’9" and weighs between 16-170 pounds. He was last seen wearing glasses, a long-sleeved blue shirt, black pants and a black hat with athletic shoes.

Deputies say the suspect is believed to have a tattoo on the right side of his neck of the letter "N" with wings on each side.

Anyone who recognizes the suspect is asked to call the Hillsborough County Sheriff’s Office at 813-247-8200. To remain anonymous or possibly receive a reward for information, call CrimeStoppers of Tampa Bay at 1-800-873-8477.

Deputies say this robbery is not connected to an unfounded shooting incident that also occurred at the mall on Saturday.