SEFFNER, Fla. - After more than six hours of searching for a shooting suspect, officials said he ended up being killed overnight in a shootout with Hillsborough County deputies.

Early Friday morning, Hillsborough County Sheriff Chad Chronister confirmed the search for 51-year-old Nicholas Kocolis was over. He said the chain of events started around 5:30 p.m. Thursday when Kocolis approached two people inside a pickup truck on Williams Road.

Deputies said, inside the vehicle, was Kocolis' ex-girlfriend and a male friend.

Investigators said Kocolis shot into the truck and struck the male driver. The victim, they said, exited the truck and the suspect shot him a second time. He was later taken to a nearby hospital with non-life threatening injuries.

Officials said Kocolis forced the ex-girlfriend into the driver's seat and told her to drive away. A short distance later, officials said she intentionally rammed the truck into water-filled ditch. They said she tried to hide underwater. 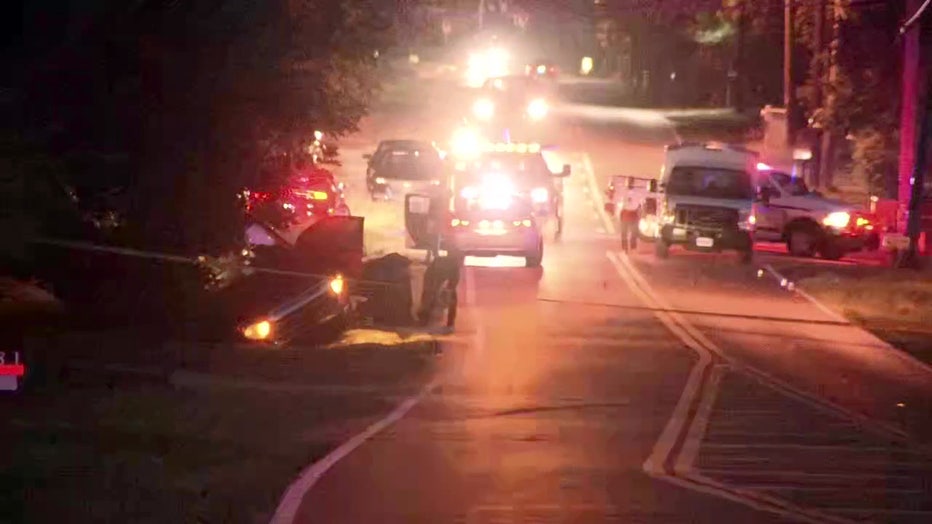 A good Samaritan noticed the traffic crash and told the ex-girlfriend to get into his vehicle. However, officials said Kocolis began shooting and struck the good Samaritan's vehicle, and the driver crashed on Williams Road, north of U.S. 92.

The suspect fled in a silver Nissan Altima.

Later on, in the early morning hours, deputies found the suspect's vehicle at a Burger King off of McIntosh and Newsome roads in Dover. As they moved in, they said Kocolis got out of his car and started shooting toward them.

No other deputies were injured. The three deputies involved in the shooting were not previously involved in a deadly use-of-force incident, the sheriff explained. 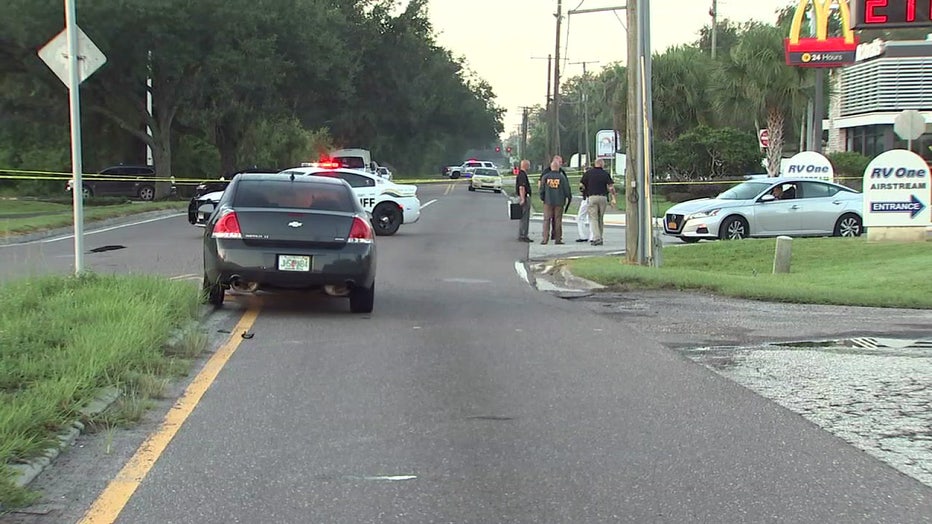 "I think it's safe to say he wasn't going to stop until he killed this individual," Chronister said during a Friday morning press conference. "We absolutely would label this a domestic violence situation. This is violence that was caused towards someone that he had feelings for at some point -- maybe still does. Not exactly sure why he was so upset."

Chronister said Kocolis spent 16 years in prison on drug and gun-related charges. He was released in 2013.

"Thankfully, he hasn't killed anyone. Thankfully he hasn't injured anyone else in our community," he said.