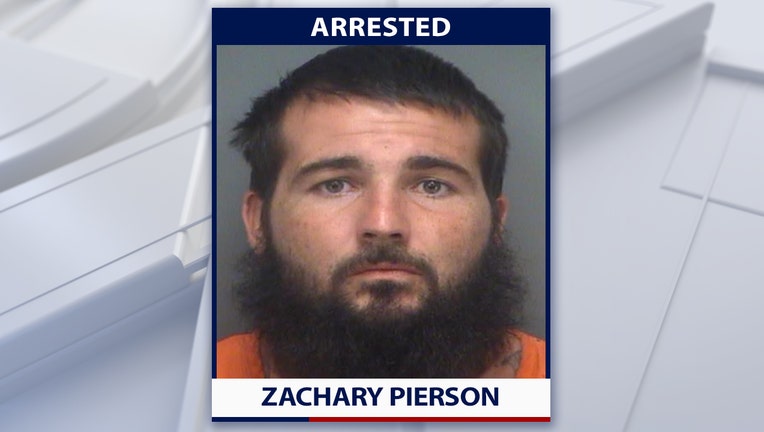 SEMINOLE, Fla. - Pinellas County detectives have arrested Zachary Pierson, 29, for attempted murder and felony criminal mischief after they say he attacked a man at a Seminole gas station.

It happened around 7:25 p.m. Tuesday at the BP gas station located at 8289 Park Boulevard.

Deputies say they responded to the gas station after receiving a report of a man being attacked in the parking lot. However, when they arrived, deputies learned the suspect and the victim had left the location.

Detectives say, James Lambert, 50, was later taken to a hospital with multiple injuries, including several skull fractures, a brain bleed, a shattered jaw and a bruised lung.

According to the Pinellas County Sheriff’s Office, as Lambert fled the location, Pierson broke the tail light of Lambert’s vehicle and damaged his cellphone, which had fallen to the ground during the attack.

Detectives were able to positively identify Pierson as the suspect and say he and the victim know each other. Pierson was arrested on Thursday.

Anyone with information on this case is asked to contact Robbery/Homicide Detective C. Blumberg at (727) 582-6779 or by email at cblumberg@pcsonet.com.