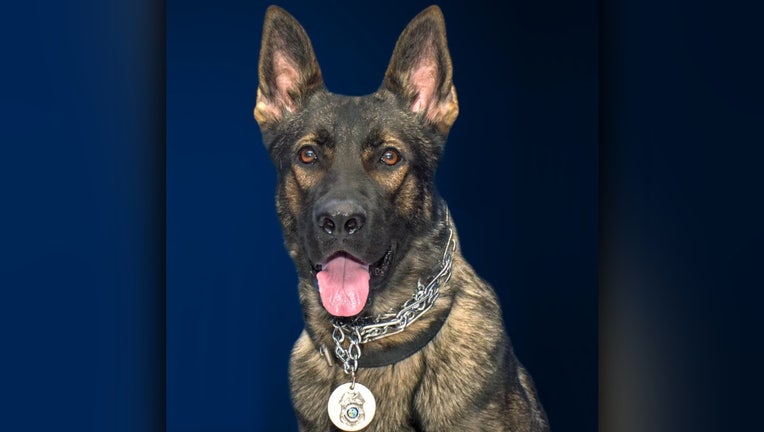 ST. PETERSBURG, Fla. - Police in St. Petersburg are mourning the loss of one of their beloved K9s.

Titan made headlines after he was shot in the line of duty in March 2019 while trying to apprehend a suspect.

The K9 was severely injured after the suspect opened fire, hitting Titan in the leg. 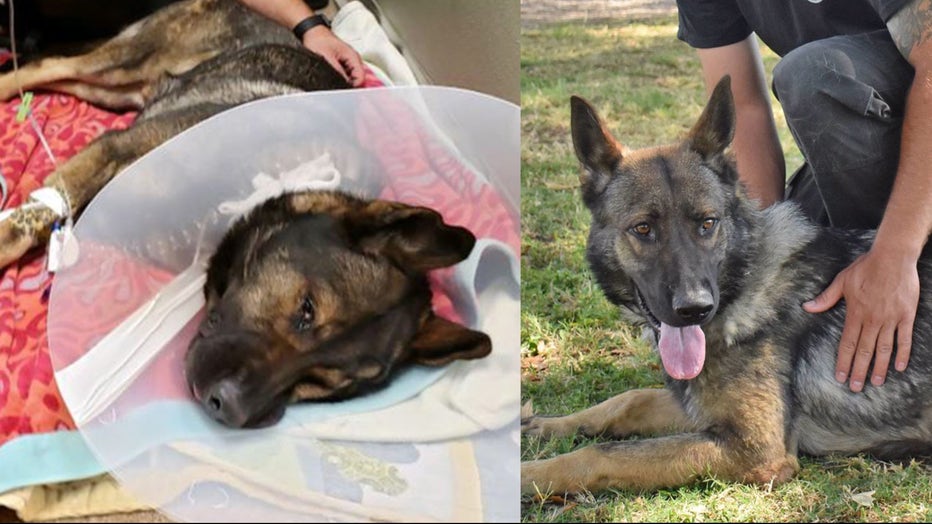 Titan was treated at the Partridge Animal Hospital in St. Petersburg. Photos of the brave K9 broke hearts across the country, showing him laying down with a neck collar around his head and hooked up to an IV machine.

After surgery and more than six months of rehabilitation, Titan was back on the job that October to take down more bad guys.

"Titan bravely served the residents of the City of St. Petersburg for five years and his team will miss him," police wrote.