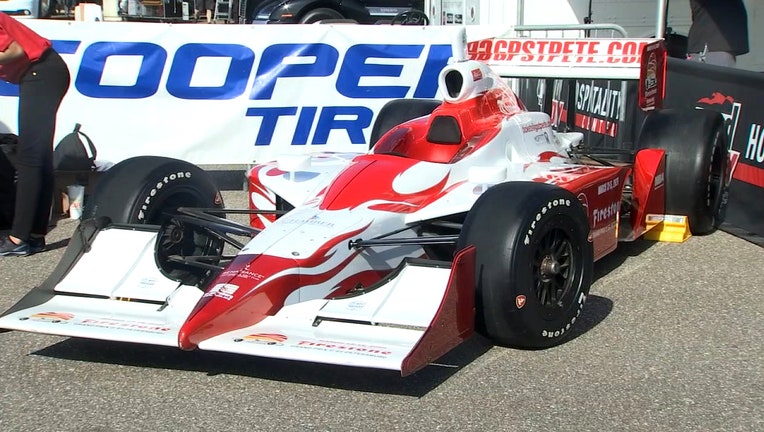 ST. PETERSBURG, Fla. - The annual Firestone Grand Prix of St. Petersburg experienced its own turbulent route when the pandemic hit the U.S., but the city's recent announcement for the rescheduled October event is anything but a bump in the road.

On Tuesday, city leaders announced they are working with Grand Prix promoters to allow a "limited number" of fans into the race, scheduled for Oct. 23-25.

"These are outside events. We know it's safer to be outside so we are very comfortable with people being outside," Mayor Rick Kriseman said, "but if you cannot maintain social distancing and you're not with members  of your family or party, please put on a mask."

During the announcement, he said he was happy to report the two-week rolling average of percent positivity rate in Pinellas County has been around 3%, which is the lowest of all of Florida's 10 most-populated counties.

Since, the Grand Prix is held outdoors, city leaders said they are comfortable allowing fans to watch in-person.

"That's why we're working with the promoters of the St. Pete Grand Prix, and as of today, we intend to allow a limited number of fans to attend the race," Kriseman said. "A final decision related to the race will be made later this week."

In March, organizers said the Firestone Grand Prix was canceled, but two months later, INDYCAR announced it will just be postponed to later in the year.

Starting Oct. 5, he said the city will begin issues permits for events, but reminded residents and visitors that a mask order is still in place, despite the governor's decision to ban mask penalties statewide.

"I do worry about places in Florida that do not have their positivity rate down," Kriseman added. "Let's be clear about this, any business in St. Pete has the right to refuse entry or service to someone not wearing a mask, the same way they would if someone were not wearing a shirt or shoes."

"It's their business and they can set their own rules," he added. "The face covering requirement….remains in place here in St. Pete and throughout the county."