SPRING HILL, Fla. - An innocent bystander and his dog were recovering after they were both shot during an attempted armed robbery in Spring Hill Tuesday, Hernando County deputies said.

Sheriff Nienhuis said Gerding, 51, then arrived outside the Publix in Spring Hill and tried to rob a family member, who was parked in a tow truck behind the store.

"There was a confrontation and the suspected shooter was asking for money or items of value," said Sheriff Nienhuis. "In the course of that altercation, a totally innocent, unrelated bystander was nearby in a vehicle and that person's dog barked, which caught the attention of our suspected shooter."

That's when the suspect walked over to the vehicle, the sheriff said, "and in the course of that altercation ended up shooting the dog and the person in that vehicle." 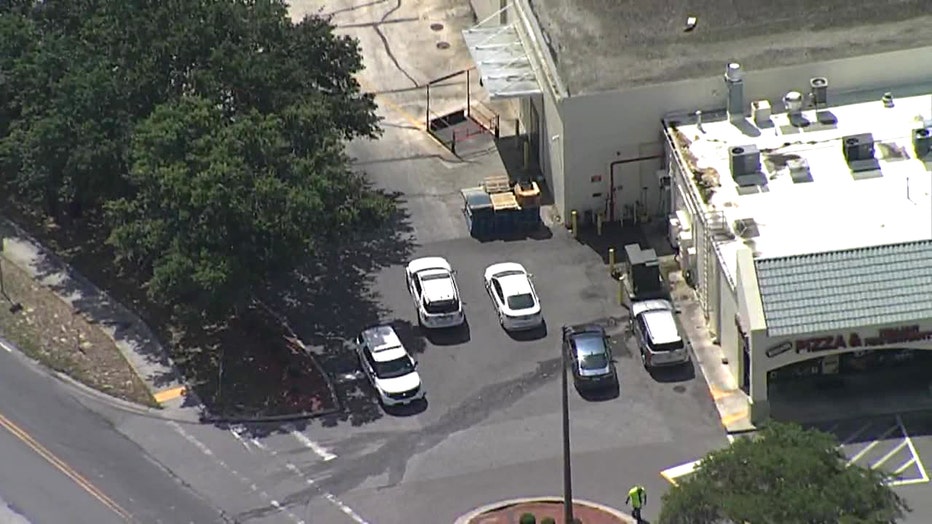 "There was a gun in the vehicle," Nienhuis said. "He was reaching back in for the gun and may have wanted to engage deputies, but had a change of heart, fortunately for him, before the deputies took action and it woud have resulted in lethal force."

The shooting victim was taken to a nearby hospital and the dog was taken to an emergency veterinarian center. As of late Tuesday, both were stable, according to the sheriff’s office.