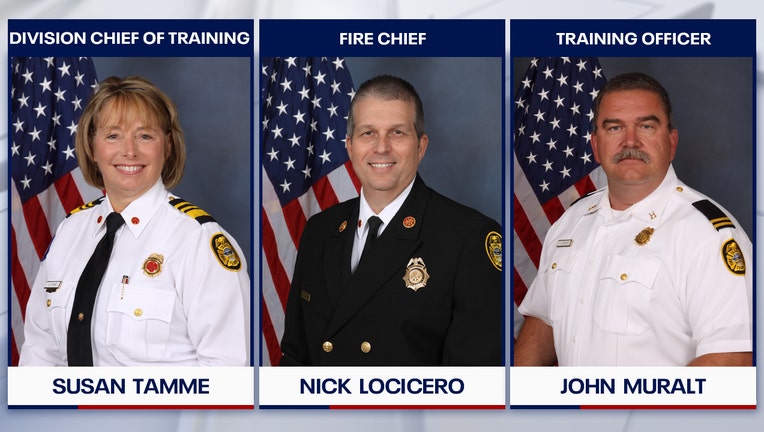 Allegations of misconduct and a lack of supervisory oversight associated with the misconduct prompted the investigation, but details of what happened were not released.

LoCicero and Tamme were placed on paid administrative leave, while Muralt was relieved of duty with pay pending the outcome of the investigation.

“The City will conduct a fair, thorough and expeditious investigation to determine the facts of what took place. I will take appropriate and swift action to address this issue, while ensuring our community and taxpayers continue to receive the high level of service they expect and deserve,” Mayor Jane Castor said in a statement. “This by no means is a reflection of the department as a whole. We hold all of our employees to high standards and this should not diminish the hard work and dedication of the men and women of our fire department who serve our community with dignity everyday.”

LoCicero is a three-decade employee of the fire department and became chief two years ago.

LoCicero, Tamme and Muralt did not release any statement.