Firefighter honored for many sacrifices

TAMPA, Fla. - A Tampa firefighter was inducted into a blood donor hall of fame for giving several rounds of convalescent plasma after going through a lengthy recovery from COVID-19.

Rush Roberts received the honor at OneBlood’s Palm Harbor location for the multiple donations he made last year. A firefighter for 14 years, he was training for the Haines City Ironman triathlon last spring. Then he tested positive for the coronavirus at the start of the pandemic shutdowns in late March/early April.

"I had a significant exposure on the job and I had taken it really seriously," he said. "I had called my wife on the way home and I said, ‘They’re sending me home. I had an exposure, and I think we should take it seriously,’ and thank God we did."

He said his experience started off relatively mild then worsened.

"By day six, I was having a lot of trouble breathing just moving around the house, getting up to go to the bathroom anything," Roberts. 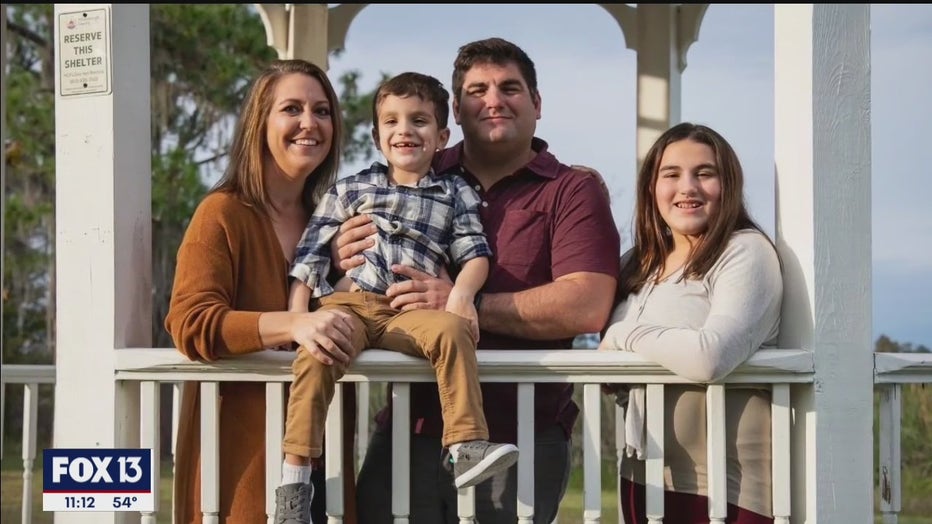 He said the coronavirus did a number on his body, the effects lasting months with pneumonia, bronchitis and eventually blood clots. The first responder became the patient.

"I was in and out of Tampa General maybe five times throughout the whole thing, and each time they took it seriously. They had seen me before dropping patients off, so they knew that I needed help," Roberts said.

And his drive to help others never left. Doctors use blood from COVID-19 survivors as a treatment for severe cases, so Roberts started donating convalescent plasma as soon as he could.

"I went in to give plasma, but that was actually the eye-opening experience because in the middle of giving it I said, ‘Do you ever let the people know if their plasma gets used?’ And the lady kind of deadpan looked at me and said ‘It’s not only going to be used. It’ll be used tomorrow. We’re in such need, and this is the only thing helping people," said Roberts.

He made four donations until new medication to help the blood clots made him ineligible. But his donations were enough for OneBlood to take notice.

"We think he’s a prime example, and that’s why he was nominated to the donor hall of fame because he’s someone who’s not only a blood donor but a blood donor at the higher calling," said Pat Michaels, a spokesperson with OneBlood.

While he waits for the chance to give again, Roberts said his job allows him the chance to help with the vaccine. So he’s making sure seniors are protected.

"There were a lot of people that came by who said they hadn’t seen their kids or their grandkids in 9 months to a year and they’d been praying for this," he said.

His opportunities to give back mean a lot to him. As for what to do for himself, he said he wants a sense of normalcy again and to return to firefighting.

"I was training for an Ironman before this. It’s technically being held in April which gives me a little less than four months to train, and I’d like to at least finish," said Roberts.

Roberts said he found out last week he no longer has blood clots in his lungs. So as soon as he finishes his medication, he plans to see if he still has the COVID antibodies to give plasma again.

For anyone looking to donate blood or make a convalescent plasma donation, you can visit OneBlood’s website, https://www.oneblood.org.