TAMPA, Fla. - The Tampa Police Department says it will no longer provide crime data to LexisNexis for its online crime reporting tool because it is required by a relatively new state law that seeks to protect the rights of victims.

The interactive crime map provided information about crimes, including when and where they took place. TPD now says Marsy’s Law, which went into effect after a super majority of Florida voters approved it in the 2018 election, prevents the agency from reporting that data.

"Marsy's Law is meant to provide a series of rights to victims of crime," explained University of South Florida Department of Criminology's Dr. Rick Moule. "One of the elements of Marcy's Law is that information about victims, or information that could be used to identify and potentially harass victims, is meant to be private. So that's the kind of conflict that we're seeing right now, where information that police often provide to the public."

In a post online, TPD said it is "actively working on a solution" that provides transparency to the public while protecting the rights of victims. 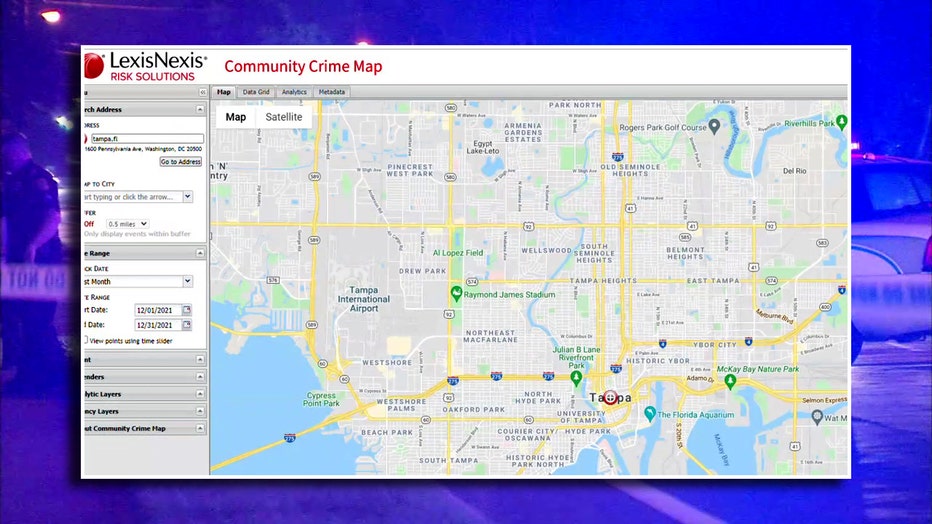 "The reality is that residents of communities, potential business owners, and potential residents do want that information. We want to live in safe communities. We want to know what places aren't safe when we're thinking about buying a home, where to send our kids to school, or where to start a business. So, this is a difficult issue for all parties," Moule said.

Darla and Elliott Saunders work with the nonprofit Advocates for Safer Communities in Tampa. Their goal is to reduce crime and make neighborhoods safer.

They say crime statistics and data can be helpful to groups in the city with the same mission, but they also personally understand the greater need to protect victims.

"As victims ourselves, I would hate for the perpetrator to know where I am or know about where I am by going back, reading a newspaper, looking at a map," Elliott Saunders said.

They believe there are other ways to share information with community members while keeping victims safe.

A spokesperson for TPD said they should have an update next week.