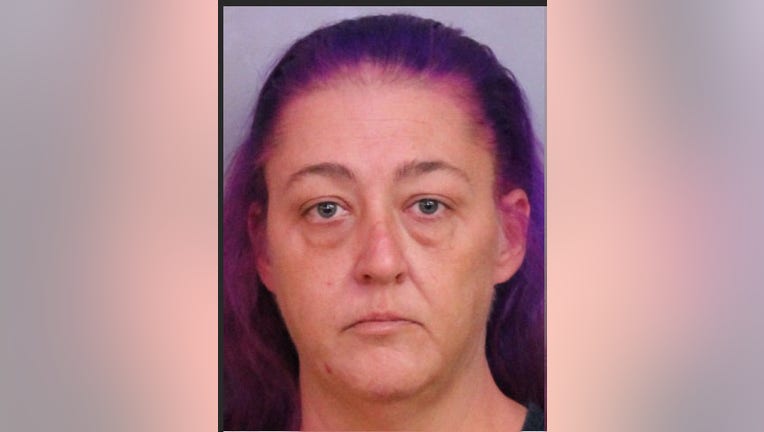 LAKELAND, Fla. - A 41-year-old woman from Tampa was arrested for DUI following a crash in Polk County, deputies say.

The crash occurred just before 1 a.m. Sunday on Rockridge Road, about 3.5 miles east of U.S. Highway 98 near Lakeland. Investigators said Nancy Norwood was heading east in a gray 2020 Toyota 4Runner and attempted to make a U-turn in the middle of the roadway.

Two people on a motorcycle, also heading east, crashed into the back of the Toyota. Deputies said Norwood fled from the crash.

A 57-year-old man from Orlando and a 39-year-old woman from Lakeland were taken to Lakeland Regional Health with critical injuries.

Deputies found the pieces of Norwood's Toyota at the crash site, and located the vehicle at the Circle K store at 10704 U.S. 98 North in Lakeland.

Responding deputies said Norwood was sleeping in the driver's seat with the keys in the ignition. After she woke up, they said her eyes were bloodshot, her speech was slurred and her breath had a strong odor of alcoholic beverage.

Norwood was arrested after a field sobriety test and taken to Polk County Jail, where she produced breath test samples of 0.231 and 0.235. The legal limit in Florida is 0.08.

She faces several charges including DUI and leaving the scene of a crash with serious bodily injuries.