ODESSA, Fla. - Bryanna Tanase, 22, of Tarpon Springs, was born with severe cerebral palsy. She can't walk or stand on her own, but when she's riding a horse, she feels like she's right where she belongs.

Tanase has loved horses since she was a little girl, but four years ago her dream of riding them came true when she found Quantum Leap Farm in Odessa, which helps people with all kinds of challenges. But she's not just riding for therapy. Instead, Tanase has her eye on something much bigger.

"One day I would like to be a member of the U.S. Equestrian Team and represent the U.S. in the sport of para-dressage," Tanase said.

Dressage is a sport that requires precision, balance and focus. Tanase’s instructor Ashley Clayton describes it as "dancing with horses."

"It's sort of a dance between horses and the rider,” Clayton explained. “It's very technical. It's very difficult." 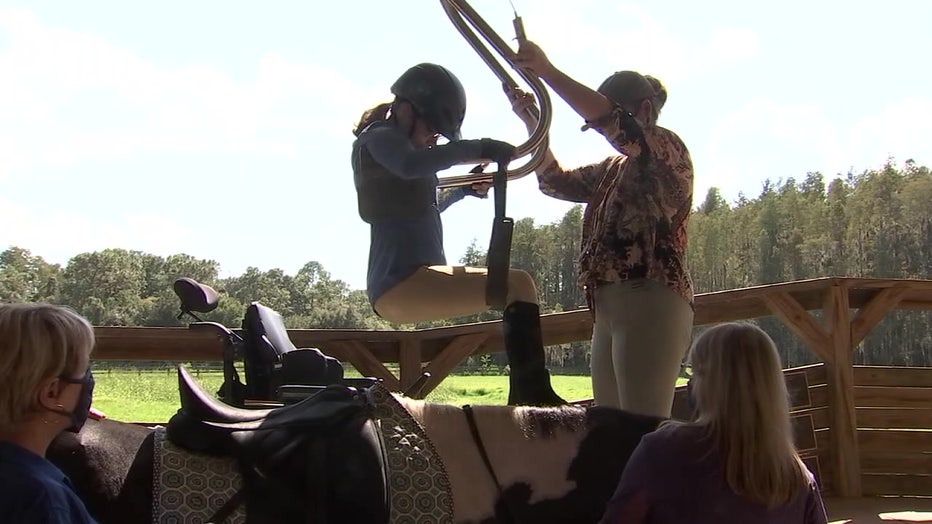 Clayton has been teaching Tanase for about a year and a half. She has watched her make progress despite no use of her legs, which is a big challenge for a rider.

"With Bryanna, we have special ways we ask the horse to do the same movements that other people would use their legs for," Clayton explained.

And Tanase is learning how to adapt those movements. She explained, "Like if I want to do leg yielding or stepping to the side, I have to tap them with the whip instead of using my legs." 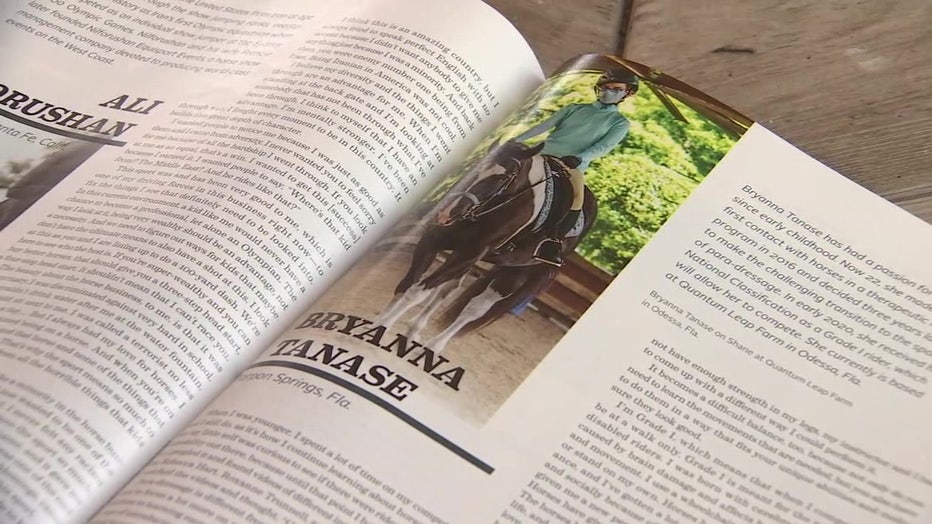 Tanase’s tenacity, ambition and excellent writing landed her in Equestrian Magazine, a publication of the United States Equestrian Federation which is highlighting diversity in the fall 2020 edition.

"I hope it's touched a lot of people and made people think more about including people with disabilities in equestrian sports because it really makes a big difference for us physically, emotionally and mentally,” Tanase shared. 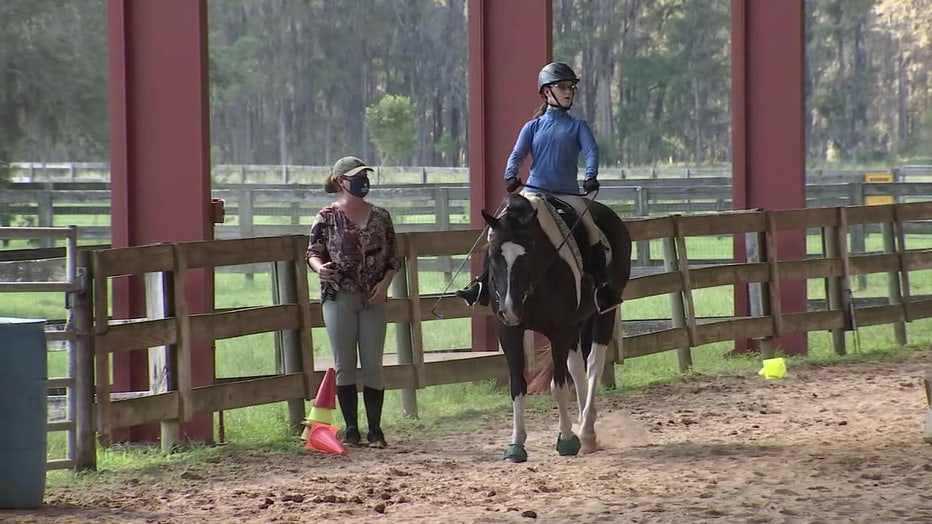 There's no doubt that Tanase is getting stronger in the saddle and in her mind.  She's determined to reach her goals.

"If I look back at myself...the first day I came four years ago, I would never have thought I'd be here doing a TV interview,” Tanase said. “Like wow! It's really been a crazy journey, and I'm so excited to see where else I can go and how far I can take myself!"