McCarthy, on the call Monday with Republicans, agreed that Trump bore blame for the unrest which sent Congress into lockdown as they tried to certify the results of the 2020 presidential election last week.

The White House did not immediately respond to requests for comment.

The riot came after the president spoke at a rally last Wednesday, telling supporters that he would "never concede," and repeated unsubstantiated claims that the election was "stolen" from him and that he won in a "landslide."

During his remarks, he renewed pressure on Vice President Pence, claiming that he should decertify the results of the presidential election and send it "back to the states," claiming that if he did that, Trump would be president for another four years.

Trump’s remarks came ahead of a joint session of Congress to certify the results of the presidential election. As members of the House and Senate raised objections to certain electoral votes, both chambers called for a recess and left their chambers as pro-Trump protesters breached the Capitol building. 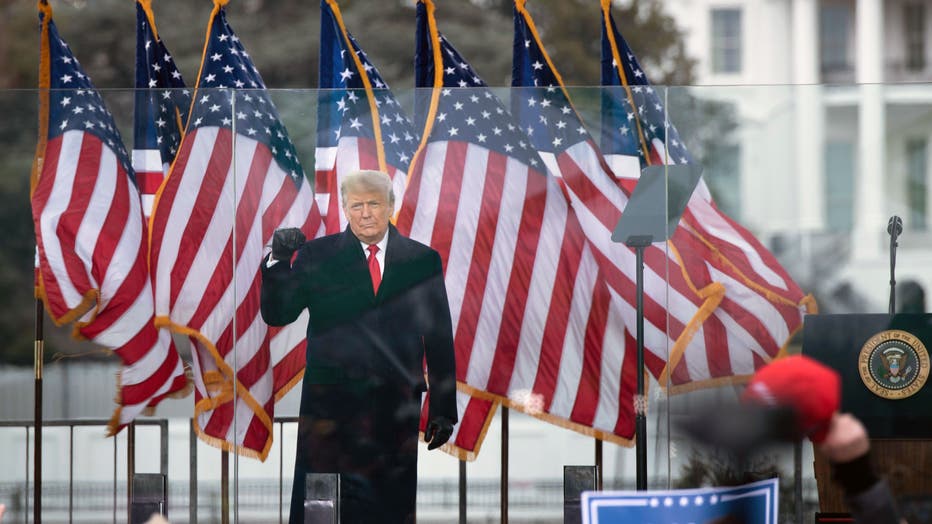 US President Donald Trump speaks to supporters from The Ellipse near the White House on January 6, 2021, in Washington, DC.

White House deputy chief of staff Dan Scavino posted a statement from the president on Twitter early Thursday morning, saying: "Even though I totally disagree with the outcome of the election, and the facts bear me out, nevertheless there will be an orderly transition on January 20th."

"I have always said we would continue our fight to ensure that only legal votes were counted," Trump said. "While this represents the end of the greatest first term in presidential history, it's only the beginning of our fight to Make America Great Again!"

House Democrats on Monday introduced an article of impeachment against the president, saying he incited "insurrection."

Presidential inauguration norms and who broke them

There are few rules about who attends a president's inauguration, but standards were set in the country's beginning. Some decided to make their own paths.

READ: The history of presidential inaugurations

House Speaker Nancy Pelosi, D-Calif., said Monday that the House "will move forward with bringing impeachment legislation to the Floor."

"The President’s threat to America is urgent, and so too will be our action," Pelosi said.

House Majority Leader Steny Hoyer, later, said the House would meet at 9 a.m. on Wednesday to consider the article of impeachment. 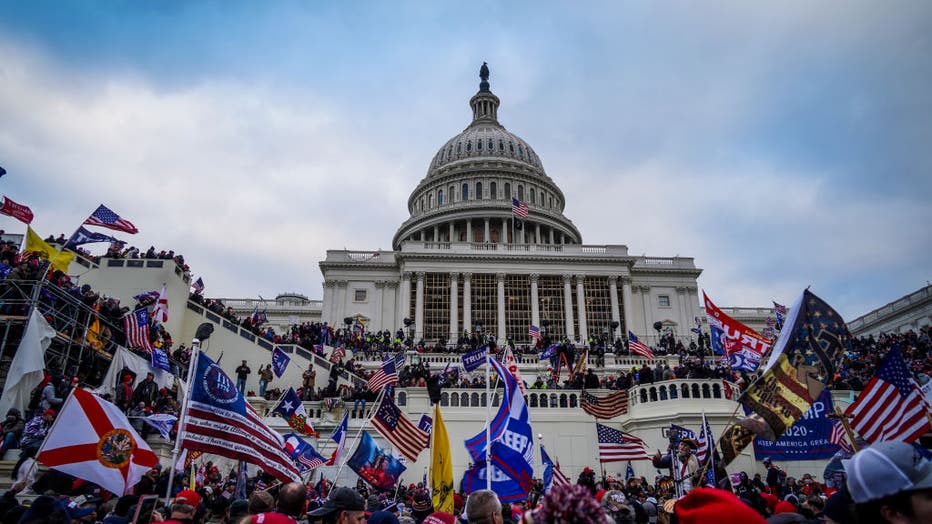 Trump supporters near the US Capitol following a "Stop the Steal" rally on January 06, 2021 in Washington, DC. (Photo by Selcuk Acar/NurPhoto via Getty Images)

The article claims that before the Jan. 6 joint session the president addressed a crowd in Washington where he "reiterated false claims that 'we won this election, and we won it by a landslide,' and "willfully made statements that, in context, encouraged--and forseeably resulted in--lawless action at the Capitol."

The article refers to Trump's statement: "If you don't fight like hell you're not going to have a country anymore."

"Thus incited by President Trump, members of the crowd he had addressed, in an attempt to, among other objectives, interfere with the Joint Session's solemn constitutional duty to certify the results of the 2020 presidential election, unlawfully breached and vandalized the Capitol, injured and killed law enforcement personnel, menaced Members of Congress, the Vice President and Congressional personnel, and engaged in other violent, deadly, destructive, and seditious acts," the article states.

The article adds that Trump's conduct "followed his prior efforts to subvert and obstruct the certification of the 2020 Presidential election," referring to his phone call earlier this month with Georgia Secretary of State Brad Raffensperger, where he pressured him to "find" enough votes to overturn the state's election results.

We’re learning more tonight about the US Capitol police officer who died by suicide in the days following the the riot.

"In all this, President Trump gravely endangered the security of the United States and its institutions of Government," the article states. "He threatened the integrity of the democratic system, interfered with the peaceful transition of power, and imperiled a coequal branch of Government."

The article adds that he "betrayed his trust as President, to the manifest injury of the people of the United States."

"Donald John Trump thus warrants impeachment and trial, removal from office, and disqualification to hold and enjoy any office of honor, trust, or profit under the United States," it said.