PLYMOUTH SOUND, United Kingdom - That wasn't Tony Stark flying about the English Channel on May 1, though his flight technique resembled Iron Man.

It was a test pilot from Gravity Industries, the creators of a jet suit that allows the wearer to take flight while propelling them with thrusters on the arms and back.

The Royal Marines facilitated the flight on Saturday, trying to determine if the suit would be beneficial to maritime military operations.

Lieutenant Colonel Will Clarke said the technology shows significant promise and that the military will continue to monitor its development. (Credit: Royal Navy via Storyful)

Video shared by the Royal Navy showed the test pilot taking off from a smaller boat and soaring towards a much larger ship. After sticking the landing, the pilot is seen flying to another part of the ship.

Finally, the pilot is seen taking off again and landing on the smaller boat. 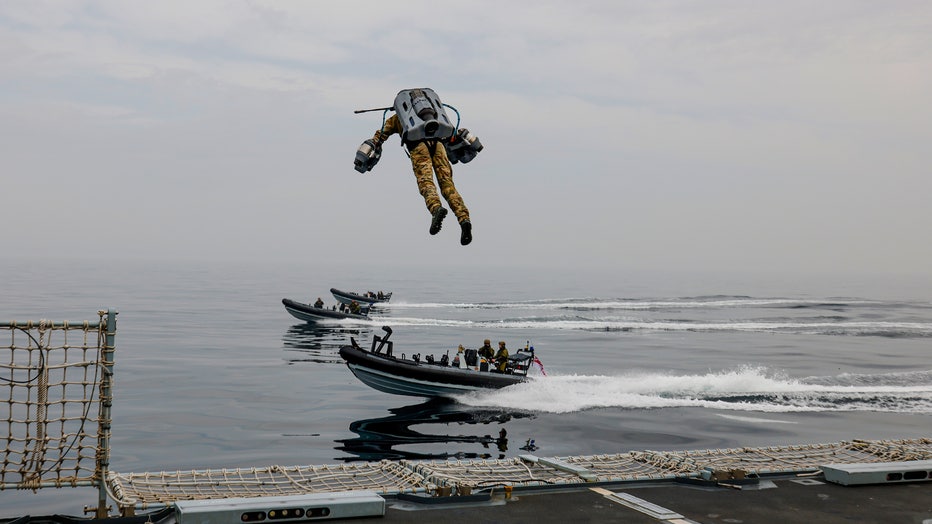 Officials called the operation "undoubtedly impressive," but concluded the suit is not yet ready for military adaptation.

"The flight suit technology tested in this trial allowed the Commando Force to experiment with innovative methods of conducting maritime interdiction operations, and to gain insights into its potential to enable vertical access in the complex urban-littoral environment," Lieutenant Colonel Will Clarke RM said in a news release.

Clarke said the technology shows significant promise and that the military will continue to monitor its development.