ST. PETERSBURG, Fla. - The hateful graffiti painted on the Florida Holocaust Museum may be gone, but the damage is still being felt.

"Our world was shaken, we were shocked," said Michael Igel, board chair for the Florida Holocaust Museum.

Thursday, faith leaders, community members and others rallied outside the museum to stand up to these kinds of anti-Semitic acts, calling them a stain on the memory of the more than 6 million Jews murdered during the Holocaust.

So far, there have been no arrests for the museum vandalism.

"We teach the lesson of the Holocaust in order to prevent future genocides our work is not done," said Toni Rinde. 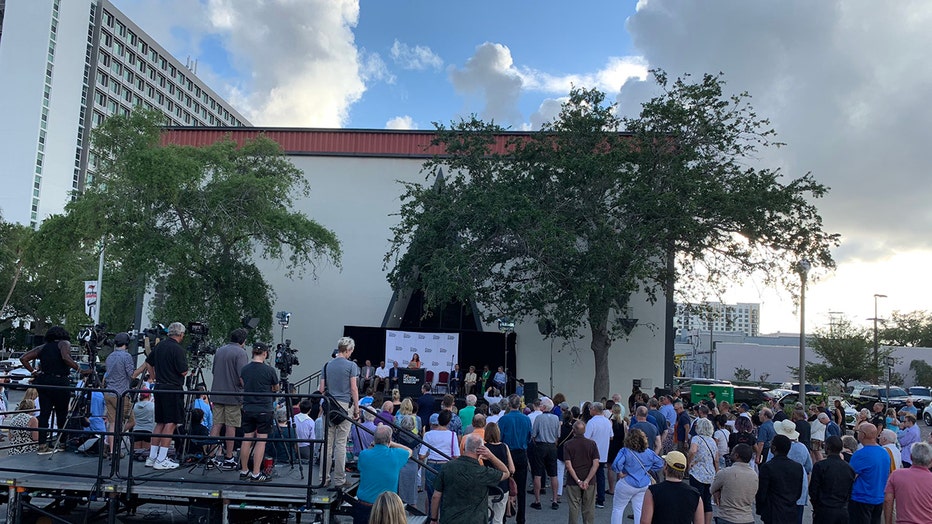 Rinde is a Holocaust survivor, she's calling for an end to the rise in anti-Semitic attacks here and across the country.

"Anti-Semitism is a disease, hate is a partner. That once and for all must stop" she said.