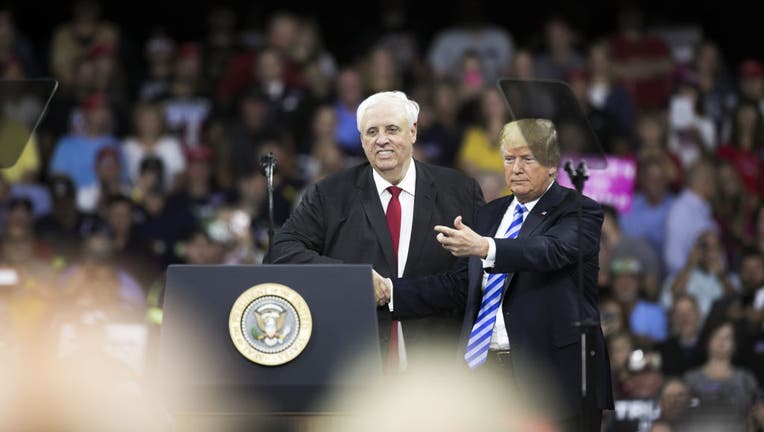 He said he was feeling "extremely unwell" Tuesday after testing positive for the illness. People who have been in close contact with Justice over the past few days are being notified. Justice’s wife, first lady Cathy Justice, tested negative on Tuesday evening. The governor’s office staff tested negative on Wednesday.

"While I was surprised that my test results came back positive, I’m thankful to the Lord above that I’ve been vaccinated, I’ve been boosted, and that I have an incredible support system, especially my loving family," he said in a news release Tuesday.

Justice said in a statement Tuesday night he woke up with a cough and congestion, then developed a headache and high fever. The 70-year-old governor said he initially took a rapid test for the coronavirus, which came back negative.

Justice had to cancel his appearance for his sixth State of the State address Wednesday night. He still plans to address lawmakers at a later date, the statement said.

Doctors say you should not deliberately catch omicron variant

According to healthcare professionals, the recent trend of trying to get infected with the omicron variant on purpose is risky and not advised.

Despite being sick and isolating at home, Justice kept in constant communication with his staff during the day as several economic development announcements were made and his State of the State speech was delivered to lawmakers, the Republican governor’s office said in a statement. The speech was read Wednesday night to lawmakers by a clerk in the House of Delegates.

"For this to happen just one night before the State of the State — knowing I won’t be able to be there — saddens me," Justice said. "There are so many great things happening in West Virginia right now.

"I’ll be back in front of you in-person before you know it."

Among the physicians treating him is Dr. Clay Marsh, the state’s coronavirus expert.

"I have full confidence that Governor Justice will recover quickly, and it’s because he chose to receive the COVID-19 vaccine and his booster shot," Marsh said. "Without the immunity afforded by those vaccines, his outcome could be much worse."

The governor’s illness comes after West Virginia shattered a seven-day record for positive coronavirus cases for the second straight week while hospitalizations hit a three-month high, according to health figures.

On Wednesday, Justice directed leaders of his pandemic team to review and approve requests from hospitals for additional staffing support from the West Virginia National Guard. Two requests have been received from Charleston Area Medical Center and Grafton City Hospital.