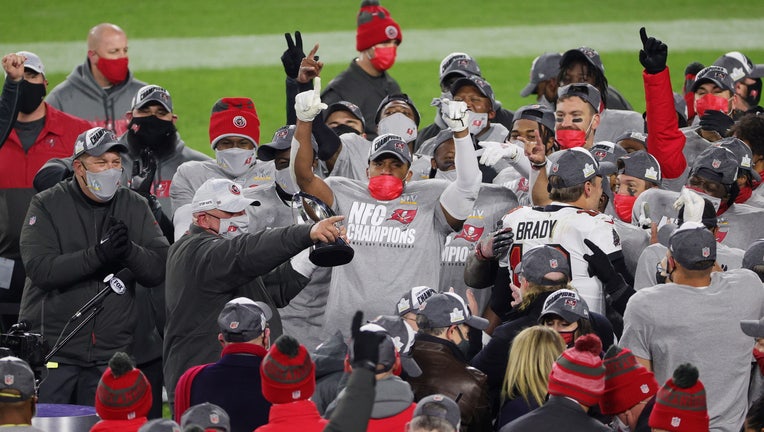 Head coach Bruce Arians of the Tampa Bay Buccaneers celebrates with his team team after their 31 to 26 win over the Green Bay Packers during the NFC Championship game at Lambeau Field on January 24, 2021 in Green Bay, Wisconsin. (Photo by Stacy Rever

TAMPA, Fla. - Get ready to show your Bucs pride.

The stores will reopen early at 7 a.m. for customers who want to get their hands on the NFC Champions merchandise.

Bucs fans are ready for the big game home game

Other retailers also have gear ready to go as well. Fanatics is selling shirts, hats and hoodies for the Super Bowl-bound Bucs, along with the NFL's official online shop. You can also purchase Super Bowl LV merchandise.