TAMPA, Fla. - Mikhail Sergachev put on a Montreal Canadiens jersey when they chose him with the ninth pick in the 2016 draft, then wore one in a game just four times before being traded to the Tampa Bay Lightning.

That was not enough time for Sergachev to imagine lifting the Stanley Cup with Montreal’s iconic "CH" logo on his chest.

"I was still too young, but getting drafted was pretty cool," the 23-year-old Russian recalled. "My parents were happy. I was happy. And getting traded: Obviously it was great getting traded here."

Four years since the trade, Sergachev is trying to go back to back with the Lightning by beating the team that picked him and sent him packing. The bruising defenseman known for his offensive acumen has added some snarl, physicality and sacrifice to his game to become a complete player.

"He wants to work at being a 200-foot, all-around defenseman, and he’s definitely coming into his own," veteran teammate Ryan McDonagh said. "The thing I love about him is his willingness to get better in all areas and taking a lot of pride in being tough to play against: being physical, blocking shots, just taking a lot of pride and keeping the puck out of his own net."

Sergachev has only three assists in 19 games this postseason, but he is doing so many of the other important things needed to win at this stage of the playoffs. He blocked two shots in the waning minutes of Game 7 of the semifinals against the New York Islanders and was huffing and puffing on the bench after being on the ice for 2:25 — more than double the longest average shift in the NHL.

"All that mattered for me (is) that we won," Sergachev said. "I’m trying to be in the right spot all the time — not get out of a position, so I can block a shot or be in a lane or have a good stick. Obviously my compete level is high." 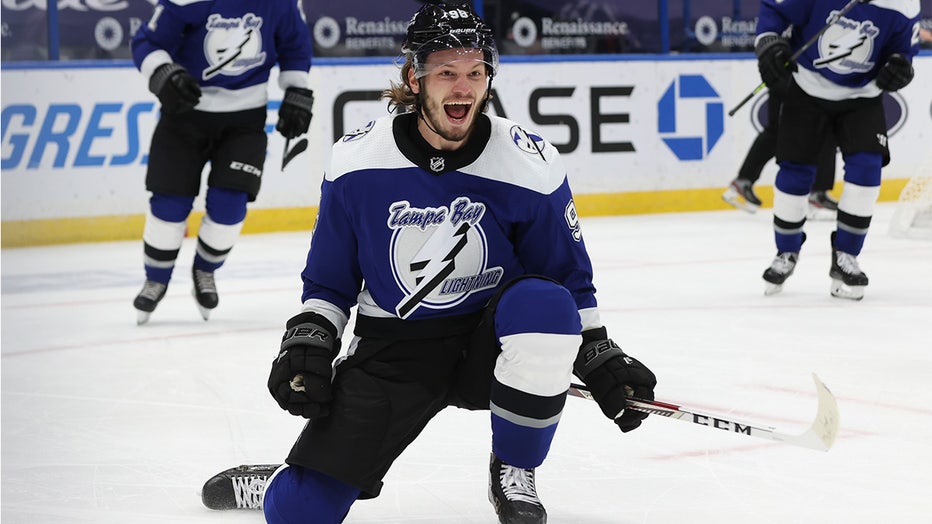 Lightning coach Jon Cooper recalls Sergachev taking plenty of long shifts as a junior star because of his talent. When Sergachev joined Tampa Bay, the 6-foot-3, 215-pounder also had a bad habit of playing with one hand on his stick and struggled with the defense part of being a defenseman.

"He just had some things to learn," Cooper said. "It was really hurting his defending. And he could use his legs to get out of trouble, but he had to use that big frame and it just took time."

Sergachev used his time wisely, learning from McDonagh, Norris Trophy winner Victor Hedman and other more experienced defensemen. He wanted to be more like them, talks to them every day about what he can do better and became committed to rounding out his style of play.

The most precious piece of silver in sports is bringing gold to Tampa Bay businesses. As the Stanley Cup Final kicks off with the Lightning playing at Amalie Arena, money is pouring into businesses that have had their toughest year in memory.

He had 10 points in Tampa Bay’s 2020 championship run and assisted on one of Nikita Kucherov’s two goals in Game 1 against Montreal. Perhaps more important, he blocked a couple of shots and wasn’t afraid to lay the body — between the whistles and after — on Canadiens forward Brendan Gallagher.

The elements of hockey that were lacking in Sergachev’s game are now front and center, and it’s a big reason the Lightning are inching toward another title.

"Boy has he ever gravitated to it now and takes pride in it," Cooper said. "There could be some players that, they’ll ‘yes’ you to death and go out there and want to keep doing it their way. Sergy really bought into becoming a well-rounded defenseman and it’s been fun to watch him work because that kid’s got a bright future and a long one ahead."