"This is difficult for me to write, but here it goes: I'm not going to make that competitive commitment anymore," Tom Brady wrote. "I have loved my NFL career, and now it is time to focus my time and energy on other things that require my attention."

TAMPA, Fla. - Tom Brady, the NFL legend who just recently announced his retirement, appeared to hint at a possible return to the league during an interview Monday when he said: "Never say never."

Brady, who many consider to be among of the greatest to ever play the sport, announced his retirement earlier this month after 22 record-setting years in the league. But, a potential comeback is possible, he suggested on the "Let's Go!" podcast Monday, the Score reported.

TOM BRADY MAKES IT OFFICIAL, RETIRES FROM NFL AFTER 22 YEARS

"I'm just going to take things as they come. I think that's the best way to put it. You never say never," Brady said, according to the report. "At the same time, I feel very good about my decision. I don't know how I'll feel six months from now. It may change, it most likely won't, but I try to make the best possible decision I can in the moment, which I did this last week." 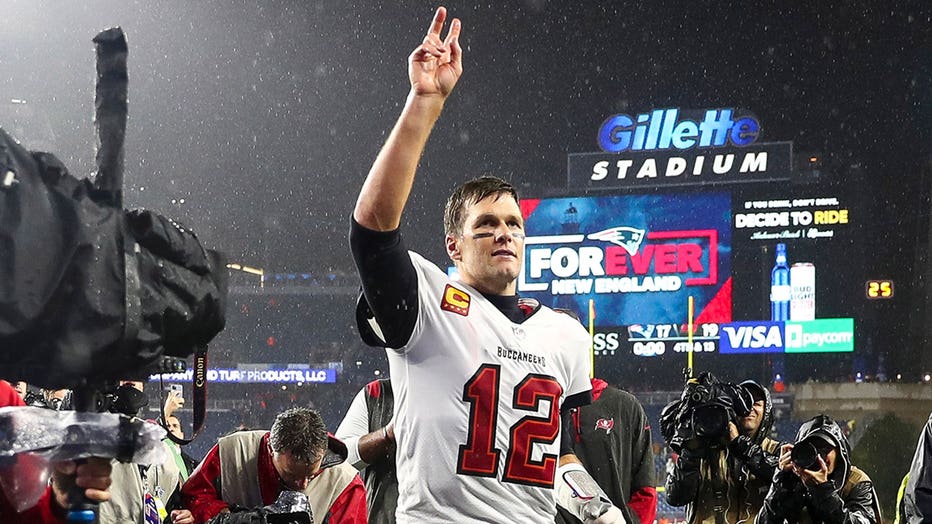 FOXBOROUGH, MASSACHUSETTS - OCTOBER 03: Tom Brady #12 of the Tampa Bay Buccaneers waves to the crowd as he runs off the field after defeating the New England Patriots in the game at Gillette Stadium on October 03, 2021 in Foxborough, Massachusetts. (

TOM BRADY'S CAREER BY THE NUMBERS: A BREAKDOWN

The seven-time Super Bowl champion spent most of his career with the New England Patriots before he signed with the Tampa Bay Buccaneers, where he retired after the team — which were the Super Bowl defending champions — narrowly lost to the Los Angeles Rams in the Divisional Round, 30-27.

"I think it's not looking to reverse course, I'm definitely not looking to do that. But, at the same time, I think you have to be realistic that you never know what challenges there are going to be in life. I love playing, I'm looking forward to doing things other than playing, that's as honest as I can be," Brady added, the Score reported.

TOM BRADY RETIRES: LOOKING BACK AT THE CONTROVERSIES SURROUNDING THE QB 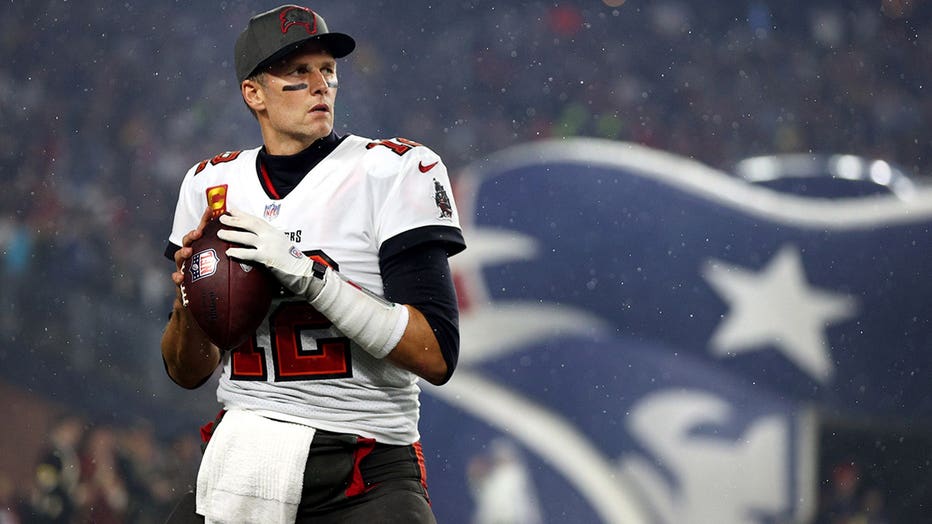 Tom Brady warms up in front of the New England Patriots tunnel before the game between the Buccaneers and the Patriots at Gillette Stadium on October 03, 2021 in Foxborough, Massachusetts. (Photo by Maddie Meyer/Getty Images)

"This is difficult for me to write, but here it goes: I am not going to make that competitive commitment anymore. I have loved my NFL career, and now it is time to focus my time and energy on other things that require my attention," he added in the post.