With the exception of a few injured players, most of the Bucs were on the field as full participants as they look to start their summer off on the right track.

"Everyone is just really happy to be back," said the Bucs star receiver Mike Evans. "I'm happy to be around the guys and see the work they've been putting in."

Many returning players including Evans were especially happy to see quarterback Tom Brady after briefly shocking the football world by announcing his retirement, only to "unretire" shortly after.

Other players were also looking forward to seeing what the team's newest additions had to offer, including free agent Russel Gage Jr. The Bucs signed the former Falcons receiver in the off-season, and while Gage has participated in some drills the last two days, he mostly sat out with a minor injury. 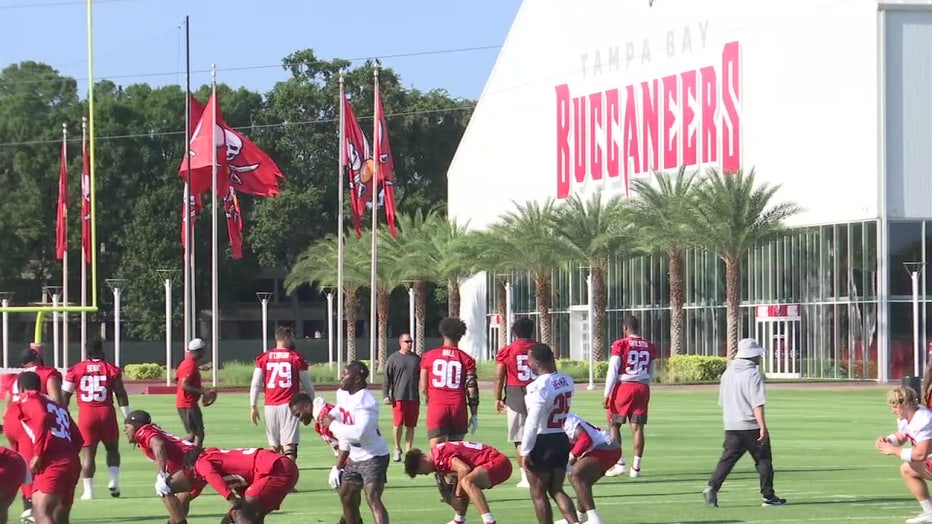 Others that have started to turn heads at mini-camp include undrafted free agent wide receiver Deven Thompkins. Thompkins along with the other rookies were on full display during Wednesday's mini-camp.

"They're going out there and figuring it out," said veteran offensive lineman Donovan Smith. "Obviously it's a trial by fire, so you can't help them too much, but we want to bring them up to speed and get things going."

While careers won't be made or broken at mini-camp, som rookies are trying to impress now rather than waiting for training camp.

"I'm going to get to see everybody," Bucs Head Coach Todd Bowles said. "I mean we watch them all the time anyway, but everybody is going to play in the preseason, and we're going to see who stands out."

The Bucs will wrap up mandatory mini-camp on Thursday and won't be back for any organized workouts or practices until training camp starts later in the summer.